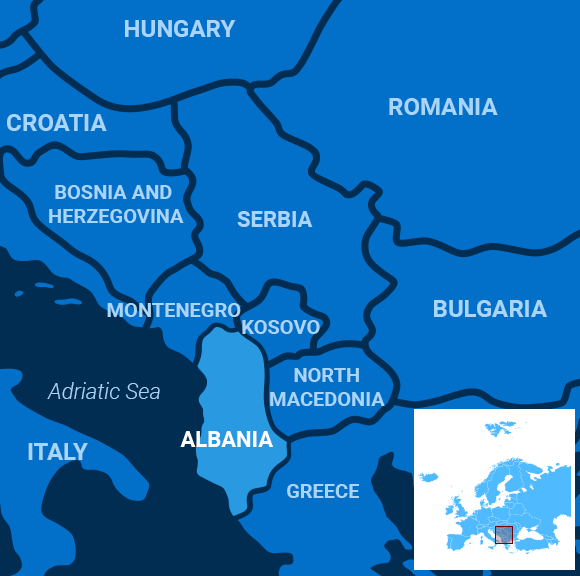 Playing Nice, or Not

But then playing nice, apparently, doesn’t get you very far in Albanian politics.

The Socialist Party lawmaker and mayoral candidate in Lezha, on the Adriatic Sea, was caught making some rather menacing vote-fixing threats during a 2016 campaign, according to tapes recently published by the German newspaper Bild.

“Tell him: declare openly that you vote for the (Socialist Party), otherwise on Monday he will be kicked out of his job,” the tapes showed Ndreu saying in a call with a regional education official whom he wanted to pressure school directors. “Tell him how he will be thrown out of his job on Monday. Tell him: declare his vote for the PS, he should declare it openly, or else he better find a place to hide!”

As Albanian investigative news website Exit explained, the tapes also showed how a Socialist Party member in a high-ranking police position kept Prime Minister Edi Rama up to date on the 2016 election, violating laws that are supposed to prevent public officials from being involved in elections.

The revelations sparked thousands of protesters to take to the streets of the capital, Tirana, and other cities recently to demand Rama’s resignation. It wasn’t the first time Albanians protested against their government for corruption.

The unrest led President Ilir Meta earlier this month to cancel municipal elections slated for June 30, saying the conditions for free and fair elections were absent, the BBC reported. Opposition lawmakers have refused to sit in parliament since February over corruption concerns. Now they have decided to boycott the vote.

“In democracy, there are no elections without the opposition. There is no democracy without pluralism,” opposition leader Lulzim Basha told the Associated Press. “Prime Minister Rama has under his control all powers: executive, legislative and justice. He has the big media and the business under his control.”

The political crisis indicated that Albania, one of the poorest countries in Europe, was probably not ready to start negotiating to enter the European Union, Rama recently admitted in remarks covered by Al Jazeera. Rama knew what was coming. Two days after his press conference, EU officials postponed a decision on opening accession talks with Albania and North Macedonia until later this year, reported Radio Free Europe/Radio Liberty.

In an op-ed in US News & World Report, another opposition leader, Rudina Hajdari, wrote that her fellow citizens couldn’t tolerate violence in their democracy. She described brutal fights between Molotov cocktail-throwing agitators and Rama’s pitiless police squads.

Older Albanians know violence well. Of all of the countries of the former Eastern Bloc, Albania had the harshest regime, and crackdowns on dissidents as well as disappearances were common even after former dictator Enver Hoxha’s death in 1985 and the fall of communism in the early 1990s.

Quelling violence peacefully is a tricky business. But even trickier is leading a country out of patterns born in a troubled past that still casts a long shadow.

German authorities said they have arrested a Bosnian man wanted in connection with the 2015 Islamic State terrorist attack in Paris.

Identified only as Adis A. due to Germany law, the 39-year-old was detained last week on a European arrest warrant issued by Belgium, which is prosecuting the 2015 attacks together with France, the Wall Street Journal reported.

The man is suspected of providing weapons to the Islamic State gunmen who killed 130 people in attacks across the French capital in November 2015. All nine of those perpetrators were killed in the immediate aftermath of the attacks. The following year, another group of Islamic State militants bombed the airport in Brussels and a metro station, leaving 32 people dead.

The suspect detained in Germany was linked to two other Bosnians who were detained in Dresden last February after police found 17 hand grenades following a routine search of their car due to a parking violation.

A Remission, A Strike

Two suicide bombers hit the capital of Tunisia on Thursday, killing a police officer and injuring at least eight other people.

The attacks came as the country’s 92-year-old president was rushed to the hospital for treatment for a “serious illness,” the second time he has been hospitalized this month, the Associated Press reported.

Islamic State claimed responsibility for the attacks via its Aamaq news agency. However, a connection between the group and the bombers has not yet been substantiated.

One of the bombers detonated explosives in a commercial district near the French embassy around 11 a.m., apparently targeting a police patrol. This bomb killed the police officer, as well as injuring another. Nearly simultaneously, the second bomber detonated a device at the entrance to the offices of the anti-terrorism brigade on the outskirts of the capital. Four officers were hospitalized with injuries sustained in that blast.

Islamic State also claimed credit for Tunisia’s deadliest terror attacks, which killed 22 people at the Bardo Museum in Tunis and 38 people in the coastal city of Sousse in 2015.

Legal, But Not Free

Cuba legalized its independent film industry on Thursday, potentially making it easier for directors to raise funds but not addressing censorship or the difficulty of distributing films locally.

Local filmmakers welcomed the move, but held off on celebrations for now, Reuters reported.

“We’ve been waiting for this for many years,” said Gustavo Arcos Fernández-Britto, a Cuban film critic and film studies professor in Havana. “This will not, however, resolve the issue of distribution, which remains controlled by the state.”

Prior to Thursday’s announcement, only the state-run Cuban Film Institute (ICAIC) was empowered to produce and finance movies. However, advances in technology that made films easier and cheaper to make spawned an unauthorized, independent industry beginning in the 1980s. Though some of their movies won accolades abroad, many were never shown in local cinemas due to government control of distribution.

Now, most Cuban filmmakers operate outside of state institutions, and the new legal status should alleviate problems getting permits to film in public places and obtaining financing from foreign film funds. But movies that are overly critical of the government are still not likely to be screened on the island.

Science has determined that humans are an irrational species, but that doesn’t mean they are incapable of “doing the right thing.”

In a large global study, researchers recently found that most people were willing to give back a “lost” wallet full of cash rather than pocket the money, the Economist reported.

Researcher Alain Cohn and his team posed as people who had found wallets, dropping them off in public places including banks, museums and police stations in many major cities.

The dummy wallets either contained no money, a small amount of cash or a larger sum, and all had the owner’s contact information.

In 38 out of the 40 countries, the team recorded that people were more willing to return a wallet with money in it than an empty one – 51 percent compared to 40 percent for the cashless.

Interestingly, this number proved to be even higher for wallets with larger amounts of cash, but this “big money” experiment took place in only three countries.

The study defied the expectations of many top economists and survey respondents, who predicted that people would actually pocket the money if the amount were higher.

“We mistakenly assume that our fellow human beings are selfish,” Cohn told the Guardian. “In reality, their self-image as an honest person is more important to them than a short-term monetary gain.”