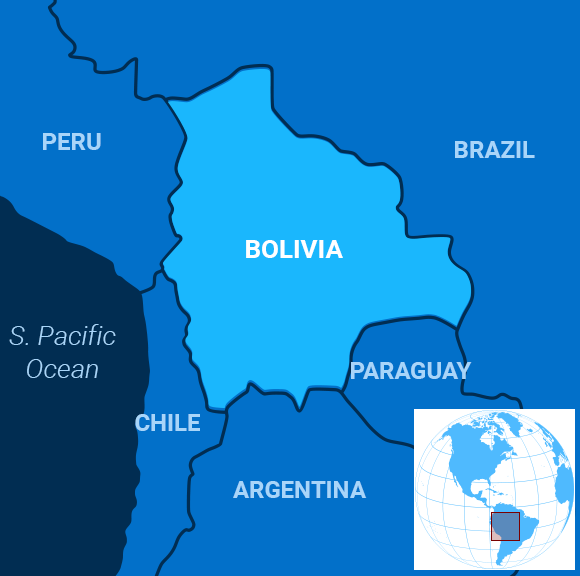 One has to hand it to Evo Morales, the president of Bolivia for the past 13 years.

The country’s 2009 constitution, which Morales created in order to achieve his style of left-wing Latin American politics, states that presidents cannot serve more than two consecutive terms. The people even voted to retain those term limits in a 2016 referendum.

And yet, he’s still here.

That’s because in 2017, the country’s top court tossed the results of the referendum, a ruling that echoed its decision to allow Morales to run for a third term in 2014. Now Morales is on the ballot for a fourth term in October.

“Such imperial hubris, plus a host of other democracy-bending rules Morales forged on his watch, would leave less stolid supremos vulnerable,” wrote Bloomberg, referring to Brazilian, Ecuadoran, Venezuelan and other left-wing leaders in the region who have fallen from power or preside over instability.

Miami Herald columnist Andres Oppenheimer lamented how Organization of American States chief Luis Almagro, who is seeking re-election as secretary-general next year, appeared to be currying favor with Morales despite the latter’s mixed human rights record. “He is propping up a dictatorship in Bolivia,” Oppenheimer wrote.

Human rights activists accused Morales of failing to prosecute the brutal military dictators who ran the South American country from the early 1960s to the early 1980s. A corrupt justice system, violence against women, harassment of human rights defenders and child labor are other violations that Morales has been unable to check.

“I’ve suffered discrimination since birth,” domestic abuse survivor Maria Luque told the Associated Press. “My mom was very poor and she escaped violence. For some, (violence) might be normal, but we want to show that it shouldn’t be that way.”

Unfortunately, Luque has little chance of finding redress in the courts. Judges are a big problem in Bolivia, argued Human Rights Watch. That’s because Morales and his Movement for Socialism political party exert inordinate control over them.

In other words, the same judges who won’t help Luque have rigged the election for the guy who owns them.

Authoritarians create their own realities.

The Cost of Failure

NATO is mulling the deployment of more elaborate air and missile defense systems in Europe if Russia does not shelve its new SSC-8 missile, which the United States and other alliance members say violates the 1987 Intermediate-Range Nuclear Forces treaty.

“NATO is preparing for a world without the INF treaty,” NATO Secretary General Jens Stoltenberg said Wednesday after a meeting of defense ministers in Brussels, the Associated Press reported. Stoltenberg said Moscow has shown no signs it plans to decommission the missile, which would mean the US also pulls out of the treaty.

Though he did not give specifics about the defensive actions NATO would take, he was adamant that NATO would not deploy its own land-based nuclear weapons in Europe.

NATO began developing a ballistic cruise missile system intended to protect Europe from attacks originating in Iran or North Korea in 2010 – insisting at the time that it could never be turned against Moscow. Stoltenberg refused to say whether that might change now.

Talks are slated for next week, but Russia has yet to confirm it will send a representative.

The Plan and the Elephant

Kushner is banking that prosperity will lead to peace, funded largely by the wealthy Gulf states. Outlined at a two-day workshop in Bahrain, the scheme envisions creating 1 million jobs for Palestinians through $50 billion of investments in the Palestinian and neighboring economies, Al Jazeera reported. It also proposes a $5 billion transport corridor linking the Palestinian territories of the West Bank and Gaza Strip, which lie on opposite sides of Israel.

But Palestinians and others criticized the plan for not addressing the core issue of the dispute – namely, whether Palestinians will ever receive an independent state. “The elephant in the room in Manama is obviously the (Israeli) occupation itself,” Ashrawi told reporters in Ramallah.

That the Arab leaders in attendance avoided the topics of Palestinian statehood and Israeli policies was notable – and by design, the Wall Street Journal reported.

Protesters took to the streets in several Indian cities after television channels aired cell phone videos depicting the lynching of a Muslim man accused of theft by a mob of villagers in the eastern state of Jharkhand.

The latest in a seemingly unending string of such horrors – sometimes targeting Muslims, sometimes low-caste Hindus – the video showed 24-year-old Tabrez Ansari tied to a pole and begging for mercy as men beat him with sticks and forced him to chant his devotion to Hindu gods, Reuters reported.

Though the incident happened last week, Prime Minister Narendra Modi did not address it until Wednesday’s protests, when he told the upper house of the Parliament that the incident “pained” him and those responsible should receive “the strictest punishment possible.”

So far, 11 villagers have been arrested and a special team is investigating the incident. But Modi’s critics at home and abroad were quick to point out that such hate crimes have soared since he first came to power in 2014. In Jharkhand alone, civil society groups have recorded at least 13 lynchings of minorities, mainly Muslims, in the past three years.

Prehistoric humans didn’t have advanced technology to build large structures, but that didn’t stop them from creating megalithic monuments such as Stonehenge.

It turns out that they also were able to construct small artificial islands, Live Science reported.

In 2016 and 2017, UK archaeologists investigated several small manmade isles, known as crannogs, that were built in lakes of the Outer Hebrides, off the northwestern coast of mainland Scotland.

Scientists have known about Scotland’s crannogs for years, but assumed they first appeared around 800 BC. However, a new study found that some of them were created between 3640 and 3360 BC, during the Neolithic period.

The islets are fairly small, measuring about 33 feet across, but researchers believe they were “special locations” for the inhabitants.

“I’ve never seen anything like it in British archaeology,” co-author Duncan Garrow told National Geographic. “People seem to have been chucking this stuff in the water.”

The team has yet to find a proper Neolithic structure on the islands but there about 570 known crannogs in Scotland and only 10 percent of them have been explored.

The search for ancient engineering goes on.