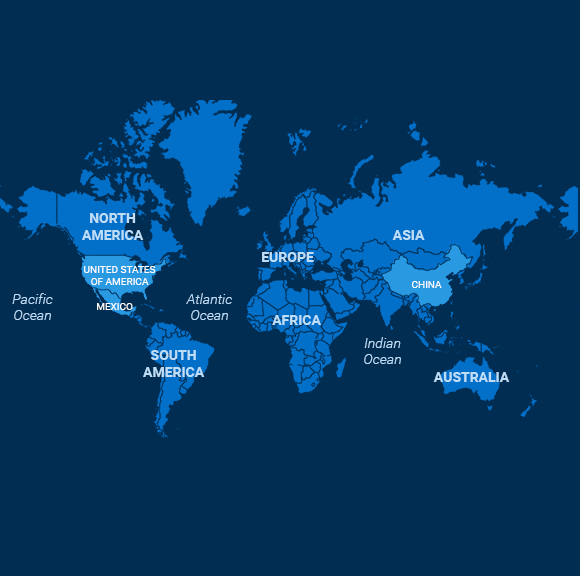 An expert at Chatham House, a British think tank, recently called for a new Bretton Woods, the 1944 conference in New Hampshire where delegates from 44 countries drew a map of the post-World War II global financial system.

Some of the legacies of the Bretton Woods system, like the centrality of the US dollar in the world economy, are still around. Others, like fixed exchange rates, came to an end in the early 1970s.

The call comes amid worries that the US is upending the world order by “weaponizing” tariffs, as Atlantic Council President Fred Kempe labeled the upsurge in use of the punitive measures by President Donald Trump. He cautioned that the president’s willingness to use economic weapons in disputes that go beyond trade carries risks.

Trump used the threat of a trade war to convince Mexico to toughen up its border control.

When he raised tariffs on Chinese products, he cited concerns over Chinese trade practices, like forcing American companies to share proprietary info if they want access to markets in the world’s populous country.

But in Beijing, “officials have grown convinced that the Trump administration’s aim is – at the very least – to alter the way the autocratic capitalist regime does business,” Kempe said. “At the very most, they believe Trump officials would like to slow or stop China’s rise and perhaps change the regime itself.”

Many observers think that, with the rise of China, the new world order has already arrived and that Trump’s tariffs are a reaction to a perceived threat.

Yukon Huang, a senior fellow at the Carnegie Endowment for International Peace, recently argued that such perceptions were wrong and could themselves prove dangerous.

“China’s growth may seem like a challenge to the world’s economic order,” Huang wrote in the New York Times. “But it is other states’ reactions to it that could threaten the system.”

Many also think that imposing sanctions against individual countries – for valid reasons or not – is missing the bigger picture.

“It goes against the market economy system that the United States and many countries have,” Anaya said, adding that Trump’s measures would harm “practically the entire world order in a globalized world.”

Pickford and others believe it’s time for world leaders to meet and hash out a new way to share power, a gathering that goes far beyond the regular G-20 meetings – one starts this week – where leaders discuss the latest issues.

Otherwise, the Economist illustrates, the “Weapons of Mass Disruption” will force that new world order, and maybe one that is far worse than what we have now.

Europe is preparing for an “exceptional” heat wave that could see temperatures cross 40 degrees Celsius (104 Fahrenheit) for several days in a number of major cities – raising the specter of a 2003 tragedy in which 14,000 mostly elderly residents of France died as the result of soaring temperatures.

The situation is especially dangerous in Central and Western Europe because the normal summer temperatures are so much lower and therefore most buildings are not equipped with air conditioning, CNN reported.

To avoid a repeat of the 2003 tragedy, Paris has prepared 48 mist showers throughout the city, instructed public swimming pools to stay open longer, and set up “cool rooms” in designated public buildings. But France and the other countries of the region would do well to consider more permanent solutions, as such heat waves are becoming more frequent as a result of climate change.

By 2050, their frequency is expected to double, according to Météo-France.

Saudi and Yemeni special forces captured the leader of Islamic State in Yemen earlier this month, amid a simultaneous civil war with the Houthi rebels fighting for control of the country.

The troops captured Abu Osama Al-Muhajir on June 3, putting another nail in the coffin of the terrorist organization that once held sway across a wide swath of Syria and Iraq, Saudi and American officials said Tuesday, the Wall Street Journal reported. In Yemen, Al Qaeda and Islamic State have taken advantage of the civil war to increase their influence and orchestrate various terrorist attacks like the bombing of a pair of mosques in the capital Sanaa that killed at least 137 people in 2015.

Coming in the wake of several Congressional votes to cut off US support for the Saudi-led coalition fighting on behalf of the internationally recognized government, the announcement marked a relatively rare success for the Saudi-led effort – which has otherwise been dogged by human rights violations.

Back in the Clubhouse

The Council of Europe, the continent’s main human rights forum, approved Russia’s readmission to the body on Tuesday, marking the first reversal of an international penalty imposed over Moscow’s annexation of Crimea in 2014.

Ukraine, Georgia and others have protested, but France and Germany backed the move as a way of keeping the lines of communication open amid East-West tensions, Reuters reported.

The parliamentary assembly of the Council of Europe approved the restoration of Russia’s rights by a vote of 118-62, the agency said.

Ukraine’s pro-Western prime minister, Volodymyr Groysman, was furious, tweeting that the decision showed “a display of utter contempt for international law,” while Kiev moved to recall its ambassador to the Council.

Parliamentarians from Ukraine, Georgia and Baltic nations contested Russia’s credentials to express their displeasure. But that only resulted in a formal delay of Moscow’s reinstatement until a second vote on Wednesday, when its credentials are expected to be ratified.

Smartphones are now integral to our daily lives; are they reshaping our bodies too?

An Australian research team thinks they are, citing a phenomenon called “text neck.” The scientists recently reported that many people are slowly developing one from hunching over smartphone screens, according to Newsweek.

In a 2016 study, the researchers looked at over 200 patient X-rays and discovered that many young adults between the ages of 18 and 30 had developed a bony spike known as an “external occipital protuberance” at the back of their skulls.

Protrusions of this type normally develop over time and are mostly found in older people.

But in a follow-up study, the researchers noted that “text neck” protrusions were more prevalent in the younger generation than in older people.

“I have been a clinician for 20 years, and only in the last decade, increasingly I have been discovering that my patients have this growth on the skull,” study co-author David Shahar told the BBC.

Shahar said prolonged use of hand-held technologies during childhood may have allowed these bone projections to develop. He also called for studies of possible treatments for dealing with them.

Critics, however, expressed skepticism at the study’s results, adding that while it’s important to keep a good neck posture, the protrusions are nothing to be concerned about.

“The spur itself is not likely to ever be symptomatic,” neurosurgeon Todd Lanman explained to Ars Technica.