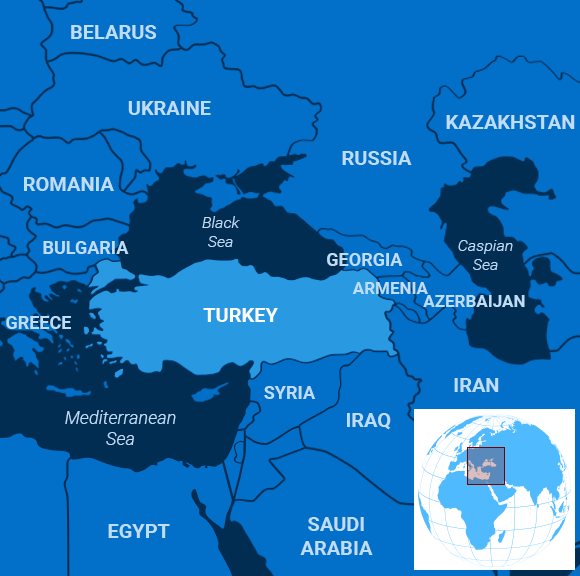 “Who wins Istanbul, wins Turkey” is a popular saying among Turkish politicos.

Ekrem Imamoglu, leader of the main opposition party, defeated Yildirim in the city’s mayoral election by a slim margin on March 31. But Erdogan’s Justice and Development Party (AKP) claimed fraud and called for a re-vote. Election officials agreed, setting a new election for June 23, the Associated Press reported, just days after 17 top generals received life sentences on Thursday in a long-running trial of 224 people accused of participating in the failed coup against Erdogan three years ago.

Imamoglu and his supporters are fired up by the forced do-over.

“I think it’s a total injustice. It’s unheard of anywhere in the world,” Mehmet Volkan Girican, a 51-year-old Turkish voter, told National Public Radio. “You give the mandate to a mayor, and then you take it back – why? So your crooked schemes aren’t exposed to scrutiny.”

“I rightfully won this election, but they intervened and canceled the vote,” Imamoglu said during a campaign rally covered by Deutsche Welle. “That was a political decision, a blow to the judiciary and Turkey’s democracy.”

It’s been the latest of many hard blows over the past decade, observers say.

Erdogan began his political career as mayor of Istanbul in the 1990s before becoming prime minister in 2003. In 2013, a string of protests in Gezi Park and elsewhere broke out, eroding his formerly sky-high approval ratings. Even as his popularity waned, however, Erdogan managed to hold onto and expand his power, winning election as president in 2014 and re-election last year. The office, once mostly ceremonial, gained sweeping new powers in a controversial 2017 referendum.

Erdogan has tried to reverse elections before. In 2015, Justice and Development lost the parliamentary majority needed to form a government on its own. Party leaders stalled and, after five months of running an interim government, they won their majority back. Such moves have raised questions about whether Erdogan wants to turn Turkey, technically a secular democratic republic, into a country of one-man rule, Al-Monitor explained.

Bloomberg outlined two potential directions for Erdogan. Some observers speculate that he will take a softer line with Kurds in eastern Anatolia and northern Syria and Iraq in order to cater to Kurdish voters in Istanbul who are increasingly turning against him. Others suggested that Erdogan’s advisors have convinced him to pull back and cancel campaign stops and speeches in support of Yildirim because the controversial president might alienate voters.

Democracy must still have some juice if Erdogan is so nervous. But unfortunately, some say, if the president gets his way, it will be reduced to just an annoying trickle.

Iran’s Revolutionary Guard shot down a US surveillance drone Thursday in the Islamic Republic’s first-ever direct attack on the US military.

Iran claimed that the drone violated its territory, while the US insisted it was shot down in an “unprovoked attack” in international air space over the Strait of Hormuz, the Associated Press reported. US President Donald Trump initially tweeted ominously that “Iran made a very big mistake,” but later clarified that he meant it might have been an accident, reported Fortune.

The incident comes amid fears that a misstep could propel the two nations into a full-fledged war and speculation that the Trump administration may be laying the groundwork for an invasion by attempting to draw links between Tehran and Al Qaeda, according to the New York Times.

Meanwhile, the US called back senior officials from various agencies posted in Saudi Arabia on Wednesday evening after a missile originating from Yemen struck a Saudi desalination plant, the Wall Street Journal reported. Iran is backing the Houthi rebels against a Saudi-led coalition in Yemen’s civil war.

Boris Johnson will face Jeremy Hunt in the final round of voting to determine the next leader of Britain’s Conservative Party and the new prime minister, following the elimination of Michael Gove from contention in the last vote determined by Tory members of Parliament on Thursday.

All 160,000-odd party members are eligible to vote in the upcoming final round, the results of which are expected the week of July 22, the BBC reported.

Johnson, the frontrunner, has a high profile built as a member of parliament, mayor of London and foreign secretary, the news channel said separately. He has taken a tough stance on Brexit that includes the possibility of leaving the European Union without an exit deal in place.

Hunt, who succeeded Johnson as foreign secretary, supported remaining the EU during the 2016 referendum. But in the race for the prime minister’s seat he will pitch himself as a “born-again Brexiteer” who’s also prepared to exit the bloc without a deal, the BBC said.

Former Interpol president Meng Hongwei has confessed to taking $2 million in bribes during his tenure as head of the international police agency, a Chinese court said Thursday.

But the circumstances of his trial – which illustrated why Hong Kong is so concerned about extradition – make the value of the confession difficult to judge.

Meng disappeared on a visit to China from France at the end of September, and the authorities there did not inform Interpol of his detention until early October, the UK’s Guardian newspaper reported.

From that point forward, information trickled out about his fate through a disputed letter of resignation sent to Interpol, his removal from the Chinese People’s Political Consultative Conference and his expulsion from the Chinese Communist Party.

In TV footage of the court proceedings on Thursday, he “appeared older and grayer than during his time as one of the nation’s top law enforcement officers,” the Guardian said. A confession and expression of regret might earn him a little mercy, but life sentences have been common amid President Xi Jinping’s ongoing crackdown on corruption.

So far, no one is sure what it is.

Scientists found the anomaly using data from three moon-orbiting NASA spacecraft, which revealed the presence of a “large excess of mass” more than 100 miles beneath the South Pole-Aitken basin.

According to estimations, the blob is believed to have a mass that would weigh at least 4.8 quintillion pounds on Earth and a size that’s five times larger than the Big Island of Hawaii.

“This is a very large mass of a scale that is difficult even for geologists to recognize,” said study co-author Paul Byrne.

Researchers have yet to determine what exactly the blob consists of, but they speculate that it’s a metal-rich residue of the asteroid that struck the moon over four billion years ago and created the huge crater.

“It’s the best explanation we have with the data we have,” Byrne said.

The team hopes that further studies of the giant mass can reveal more clues about the formation of the Earth and its satellite.