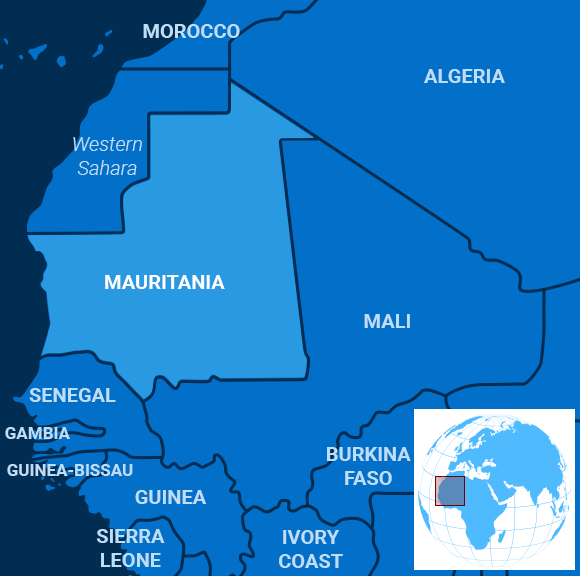 Of Bondage, Of Shame

Voters in the conservative West African state of Mauritania go to the polls to elect a new president on June 22. It will arguably be their first real exercise of their democratic rights since a series of coups between 1978 and 2008, reported Africanews.

It might also be the beginning of the end of the desert country’s greatest shame.

Incumbent President Mohamed Ould Abdel Aziz, a 62-year-old former general, is stepping down after his second term due to term limits, the London-based Arab Weekly explained. He helped stage a 2005 coup and rose to power after a 2008 coup.

In office, Abdel Aziz portrayed himself as a peacemaker between the country’s Arab-Berber community and the Haratines, who are former slaves and their descendants, wrote Al Jazeera. Recently, in an Eid al-Fitr holiday address, he asked voters to “demonstrate their democratic sense” and “engage in responsible competition in an atmosphere of tolerance and brotherhood” in the run-up to the election, Turkey’s Anadolu Agency reported.

Human rights advocates disagree with the president’s assessment of himself. They had a different message for voters.

“Mauritania’s next president must urgently tackle the country’s poor human rights record by taking a tougher stance against slavery, human trafficking, and attacks on the rights to freedom of expression, including intimidation and harassment of activists speaking out against discrimination,” proclaimed Amnesty International and 32 local human rights organizations in a statement.

Human Rights Watch implored Abdel Aziz to show some respect for civil liberties before he left office and release blogger Mohamed Ould Cheikh Mkhaïtir, who has been in prison for the past five years for an allegedly blasphemous post.

The president has also failed to squelch Mauritania’s most notorious violation of human rights: the institution of slavery. The country was the last to ban slavery, in 1981, but lawmakers didn’t pass a law to enforce the ban until 2007. As many as one out of every five people in Mauritania’s population of 4.4 million are slaves, according to CNN.

“I am thinking of those who have suffered and continue to suffer from slavery, of all those who suffer from bitterness, arbitrariness, injustice and marginalization,” Boubacar said as he announced his candidacy in March, Radio France Internationale reported.

Whoever wins will have a rare historic opportunity. Whether they take it is another question.

In a detailed, 105-page report on her months-long probe into Khashoggi’s death in the Saudi consulate in Istanbul in October, special rapporteur Agnes Callamard found the government of Saudi Arabia was responsible for his killing, according to the Wall Street Journal.

She also said she found “credible evidence, warranting further investigation of high-level Saudi officials’ individual liability, including the Crown Prince’s.” While many of the details have been reported previously, the report notes that evidence indicates that efforts to cover up the killing took place after Prince Mohammed had said publicly that he was following the matter closely, suggesting that he might have been aware of those attempts.

Separately, Callamard told reporters that other countries should invoke universal jurisdiction and make arrests if the “international crime” can be linked to additional suspects, Reuters said.

The international team investigating the crash of Malaysia Airlines Flight 17 in Ukraine five years ago said it would charge four suspects with murder, issuing international arrest warrants for three Russians and one Ukrainian for their alleged involvement in downing the plane and killing all 298 people on board.

The Joint Investigation Team (JIT) identified Russians Igor Girkin, Sergey Dubinskiy and Oleg Pulatov and Ukrainian Leonid Kharchenko as the suspected perpetrators of the crime, according to CNN.

The flight was en route from Amsterdam to Kuala Lumpur in July 2014, when it was shot out of the sky over territory held by pro-Russian separatists.

Girkin is a former colonel from Russia’s Federal Security Service (FSB), while Dubinskiy was employed by Russia’s military intelligence agency GRU, CNN reported, quoting the investigation team. Pulatov was a former soldier of the Russian special forces, Spetsnaz-GRU, while the Ukrainian, Kharchenko, is believed to have led a separatist combat unit in Donetsk.

Russia’s Ministry of Foreign Affairs dismissed the allegations as “absolutely unfounded accusations.” The investigators are not seeking extradition of the suspects, but plan to try them in Amsterdam beginning March 9, 2020, in absentia if necessary.

Mexico became the first country to ratify the USMCA trade pact intended to replace NAFTA Wednesday, after its Senate voted overwhelmingly in favor of implementing the deal, Politico reported.

Notably, the green light comes in the wake of Mexico narrowly averting punitive US tariffs designed to force it to stop migrants from crossing its border into the US, and while President Donald Trump faces headwinds in the US Congress related to the pact.

The Democrat-controlled House has questioned whether the pact has the teeth to enforce labor provisions designed to increase wages in Mexico and thus protect American jobs. But the real tussle is likely related to the upcoming 2020 presidential campaign, since renegotiating NAFTA was one of Trump’s 2016 campaign promises.

Complicating matters, Mexico and Canada would have to sign off on the changes the Democrats demand, as well.

Scientists are taking drastic steps in the fight against malaria.

As the disease is becoming harder to control due to the emergence of insecticide-resistant mosquitoes, scientists are turning to gene-editing to find solutions, NPR reported.

In a recent study published in the journal Science, a team of researchers developed a genetically modified fungus that can quickly kill the pesky bugs.

In their experiments, they combined a species of fungus that infects mosquitoes with the venom of the Blue Mountains funnel-web spider, then tested it in a controlled “MosquitoSphere” on Anopheles coluzzi mosquitoes – the species that spreads malaria in Burkina Faso.

Populations of mosquitoes exposed to the edited fungus collapsed in about 45 days.

“The results are very good,” said lead researcher Raymond St. Leger. “This could save many lives.”

Despite the trial’s success, advocacy groups fear that releasing a gene-edited organism into the ecosystem might prove dangerous.

“I’m heavily worried that Africans are the preferred guinea pigs for experimentation, and Africa is going to become a large laboratory for risky experimentation,” said Nnimmo Bassey of the Nigeria-based Health of Mother Earth Foundation.

St. Leger, however, said more research is needed before the fungus could be released in the wild.

“Nothing is going to happen without the acceptance of the local people who would be exposed to the fungus, its benefits and any potential risks,” he added.