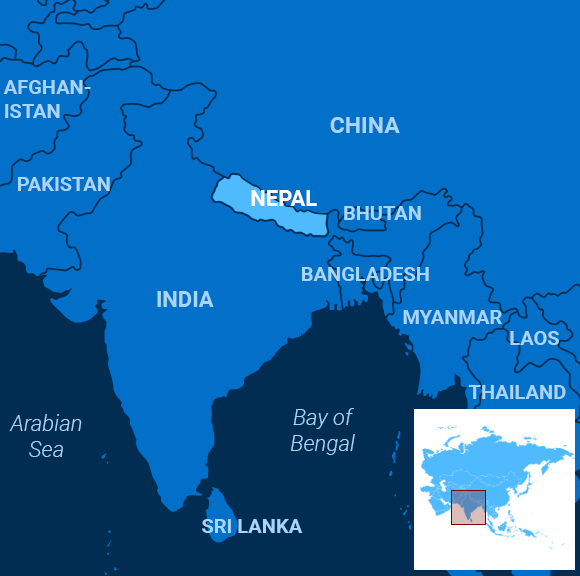 Maoist rebels toppled Nepal’s monarchy more than a decade ago and secured a leading role in government.

Now some of their unreformed former comrades might be seeking to oust them from power.

Three explosions killed at least four people and injured several others in the Himalayan country’s capital of Kathmandu in late May, the BBC reported. The blasts, two of which may have been accidental, were the latest in a series of attacks over the past two years.

Some of the victims were members of the Communist Party of Nepal-Maoist (CPN-M) who were making homemade bombs, wrote the Hindu, an Indian newspaper. Police arrested 12 party members in connection with the blasts.

Nepal outlawed the CPN-M in March after the group allegedly set off other explosions, according to German newswire DPA. The CPN-M had broken off from the mainstream ruling Nepal Communist Party over ideological differences.

In an op-ed in the Kathmandu Post, Nepalese graduate student Mangal Bahadur Thapa argued that CPN-M leader Netra Bikram Chand was a nihilist seeking to upend the peace secured after the civil war in a demented quest for utopia. “With its agenda unclear, his so-called revolution stands in opposition to what the Nepali people sacrificed to gain a post-Maoist peaceful society,” wrote Thapa.

But, a day after the blasts, the CPN-M called for a general strike, shutting down schools and businesses throughout the country. The response illustrated how much of the public either supports or fears the CPN-M.

Those sentiments reflect widespread frustration over impoverished Nepal’s lackluster economy and government corruption. Human Rights Watch claimed that the government has been slow to disperse international aid that poured into the country after a devastating earthquake in 2015, for example.

Prime Minister Khadga Prasad Oli, leader of the mainstream communists, is also notorious for cracking down on dissent.

One tool for suppressing freedom of expression is the country’s tough cybercrime law, which the government allows companies and individuals to use to stifle criticism. For example, the police recently arrested a comedian accused of violating the law by posting satirical comments on a film, reported the Himalayan Times.

Oli has also proposed overriding the constitution to give himself sole authority to deploy the army, Al Jazeera noted, adding that such moves set the stage for a “new Maoist conflict on the horizon.”

Researchers believe the CPN-M has an arsenal of sophisticated weapons stemming from the country’s civil war between 1996 and 2006, and that it has the know-how to use them or train others to use them. They worry about a “dangerous slide” into another vicious cycle of violence and instability.

Maoism has a long history of imposing suffering on people. Counter-revolutions usually aren’t much better.

Civil society groups said ethnic violence has claimed more than 240 lives in the Democratic Republic of Congo since last week and convinced some 300,000 others to flee their homes.

The rising tide of strife in the volatile eastern province of Ituri has sparked frightening memories of clashes between the Hema and Lendu ethnicities that resulted in an estimated 50,000 deaths between 1999 and 2007, Reuters reported.

A witness told the news agency that machete-wielding attackers believed to belong to the rival Lendu farming community hacked her husband and other herders to death in the Hema village of Kpatsi, then set fire to their houses.

Fighting between the two communities had led to widespread displacement in late 2017 and early 2018, but the situation had been calm until recently, the UN Refugee Agency said. Following the recent killings, people are fleeing their homes on a massive scale in three of Ituri’s five administrative territories. That’s exacerbating an already dire situation, as the DRC has an estimated 4.5 million internally displaced people.

Kazakhstan’s Interior Minister Erlan Turgumbayev dramatically boosted the country’s estimates of the number of people arrested during protests immediately before and after the recent presidential election, hiking the figure to 4,000 on Tuesday from an earlier claim of less than 1,000.

Demonstrators took to the streets to protest what they saw as an orchestrated transfer of power from President Nursultan Nazarbayev to his handpicked successor in the guise of a democratic election, the Associated Press reported.

Kassym-Jomart Tokayev, a longtime ally of Nazarbayev, won 70 percent of the vote following the surprise resignation of the longtime leader – who had led Kazakhstan since it gained independence from the former Soviet Union more than 25 years ago.

Despite admitting to the much larger number of arrests, 700 of whom were detained for several days, Information Minister Dauren Abayev defended the government’s actions, saying they were necessary to allow the election to take place “in a calm environment.”

The Polls and the Table

The regional Caribbean Court of Justice (CCJ) ruled Tuesday that a December no-confidence vote in Guyana was valid, sending the South American country back to the polls within the next three months unless Parliament extends the deadline.

If the vote ushers in the opposition to the centrist administration of President David Granger, it could also send the country back to the negotiating table just as mammoth oil discoveries are poised to transform its economy, reported the energy and commodities news service Argus.

The opposition People’s Progressive Party (PPP) wants to renegotiate most of the present production sharing agreements, or PSAs, walking back deals that matched the “too generous” terms granted to Exxon Mobil following its initial discovery on the deepwater Stabroek block in May 2015.

Since then, Granger’s administration has inked pacts with US major Chevron, France’s Total, Spain’s Repsol, Italy’s Eni and Germany’s Dea, Argus noted. Exxon Mobil’s 13 oil discoveries off the coast are estimated to contain more than 5.5 billion barrels of recoverable oil and gas.

The revenue sharing deal with Exxon Mobil alone is expected to increase Guyana’s gross domestic product from US$3.4 billion in 2016 to $13 billion by 2025.

Stories of great physical feats and endurance are motivating for athletes – and fitness freaks.

Even so, humans do actually have a physical limit, the BBC reported.

Duke University researchers studied the energy expenditure of runners and other athletes in endurance events lasting from half a day to 95 days, and concluded that the limit for sustained energy expenditure was about two and a half times the body’s resting metabolic rate – the calories the body burns when it’s relaxing.

For an average person, that means a maximum expenditure of about 4,000 calories a day. Beyond that, the body will start breaking itself down to keep the engine running.

Pushing beyond that cap is possible, the researchers explained, but only for shorter durations – marathon runners used 15.6 times their resting metabolic rate.

“You can do really intense stuff for a couple of days, but if you want to last longer then you have to dial it back,” said study co-author Herman Pontzer.

The researchers believe the limit results from the digestive system’s inability to process large amounts of nutrients to sustain higher levels of energy use.

“It is most applicable to training regimens and thinking whether they fit with the long-term metabolic limits of the body,” he added.