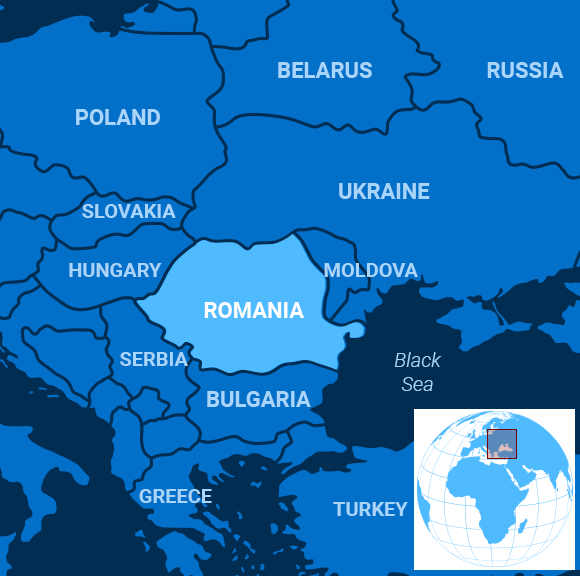 For years, Liviu Dragnea has been the de-facto leader of Romania, running the ruling Social Democratic Party (PSD) while the impoverished country’s government remained mired in corruption.

But late last month, he finally received his comeuppance: The Romanian Supreme Court ordered him to begin serving a three-and-a-half-year prison sentence for abusing his power, reported Bloomberg. He can’t appeal.

The news was a bombshell.

Since the fall of communism in Eastern Europe in 1989, former Warsaw Pact countries have struggled mightily against the ex-apparatchiks, Mafiosi, oligarchs and grifters who have grown rich amid the chaotic transition to capitalism. Romanian filmmakers have recently garnered kudos for attempting to make sense of their communist past. Ordinary citizens, meanwhile, have to deal with it.

“If you are a mother-to-be in Romania, you will, in all likelihood, have to pay a bribe for maternity care,” Bart Scheffers, a program officer at the Open Society Foundations’ Initiative for Europe, wrote in Euronews. “And not just one bribe. You may have to compete. If your bribe isn’t high enough, someone else will get that care and you won’t.”

Efforts to combat corruption have succeeded in fits and starts, with accession to the European Union helping to root it out but failing to kill it off completely. Dragnea’s imprisonment was a milestone. “A big conviction shows Romania’s war on corruption is back on track,” was the headline in the Economist.

The court’s decision came at a key moment. The Social Democrats had just suffered a beating in the EU parliament elections, gaining only 23 percent of the vote, a sharp drop from their 37 percent share in 2014. More importantly, as Radio Free Europe explained, 80 percent of Romanian voters also agreed with two referendum questions that rejected the PSD-led government’s efforts to make it easier to pardon corrupt politicians like Dragnea and harder to prosecute them.

Dragnea’s opponents in Romania’s parliament hope they can now get on with the business of improving their country, the New York Times noted. They have work to do.

Romania is the second-poorest EU country after Bulgaria. Its digital infrastructure needs significant improvements. The capital of Bucharest, by far the country’s largest city, is on the brink of bankruptcy. One potential growth industry – taking in international rubbish that China no longer accepts – is a testament to Romania’s business climate and prospects, France 24 reported in a video.

Good-government types in Romania hope a dark period has passed. That might be overly optimistic. But, for once, their hopes are at least justified.

Washington’s trade war with China and tariff threats against Mexico have hogged the limelight. But a similar conflict with India is gathering momentum, retaliatory tariffs instituted Saturday showed.

India announced tariff hikes on $1.4 billion worth of US goods in 28 product categories on Saturday in response to President Donald Trump’s announcement he was ending preferential trade status for more than $5 billion worth of Indian imports at the end of May, the New York Times reported.

As in Trump’s immigration dispute with Mexico, the tariff struggle is a lever for negotiations on other issues: It comes in advance of a visit by Secretary of State Mike Pompeo to New Delhi and an expected meeting between Trump and Indian Prime Minister Narendra Modi at the G-20 summit in Japan at the end of June.

Trade imbalances aside, those talks will center around US efforts to bring India – a longtime ally and oil customer of Iran – in line with Washington’s bid to isolate Tehran politically and economically.

Washington has the stronger position in these relationships. But lashing out in all directions may be counterproductive in the long run, the Economist warned.

A massive power failure left millions of people without electricity across all of Argentina and Uruguay, and parts of Paraguay, Chile, and Southern Brazil on Sunday.

Argentina’s power system collapsed around 7 a.m. local time, bringing down Uruguay’s system with it, Quartz reported. By evening, Argentina had restored power to 98 percent of the country, according to the Associated Press.

It was not yet clear what caused the system failure, though heavy rains pounding Buenos Aires and the surrounding area are suspected to have played a role. But the sheer numbers of people affected were staggering – including 44 million people in Argentina alone.

Voters in several Argentine provinces that were holding elections for governor had to cast their ballots by the light of their phone screens.

Due to generous government subsidies and rate freezes that starved them of revenue, Argentina’s utility companies have underinvested in infrastructure, leaving the country’s power grid in disrepair.

That’s an ill President Mauricio Macri has targeted with gradual austerity measures. The subsidies originated with former president and rival Cristina Fernández – who is running for vice president on the opposing ticket in the October elections.

Neutral But Not Equal

Thousands of women went on strike in Switzerland Friday to demand fairer pay, more equality and an end to sexual harassment.

Female lawmakers walked out of the parliament in Bern to meet a crowd of thousands in the street, many of whom were demanding more pay specifically for the woman-dominated jobs of domestic workers, teachers and caregivers, the Associated Press reported.

Protesters also blocked roads near the main train station in the financial capital of Zurich, while similar actions took place in Geneva, Lausanne and Lucerne.

According to the Swiss Federal Statistics office, women earn 12 percent less than men for similar work on average in Switzerland. That’s about the same gap that exists in the US, according to a recent Congressional report.

But in other ways, Switzerland is a bit more retrograde: Women did not gain the federal right to vote until 1971, and one region didn’t allow women to vote in local elections until it was ordered by a court to do so in 1990.

Of Books and Covers

A recent survey found that many producers of consumer goods see the packaging of their products as crucial to their brand’s success.

They are not wrong, if the preferences of chocolate tasters are any guide.

Researchers at the University of Melbourne who recruited 75 volunteer tasters for their study discovered that the way chocolate is wrapped creates a stronger emotional pull than what it actually tastes like, Science Alert reported.

The researchers noted a link between a chocolate’s packaging and how participants rated its taste and the emotions the experience prompted.

So, if a chocolate bar wrapper mentioned positive words, volunteers were more likely to positively rate the packaging and the taste of the chocolate, and to say they would buy it in the future.

This doesn’t mean that taste didn’t play a major role in purchasing decisions, but the study showed the persuasive power of marketing and package design.

“Our findings offer important insights that can be used in product design and development to control product intrinsic and extrinsic attributes by enhancing the emotional attachment towards the food products,” said study co-author Sigfredo Fuentes.