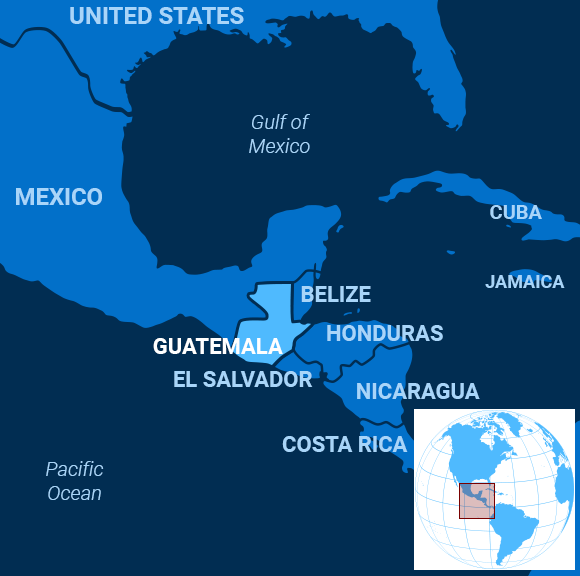 Many Americans blame Mexico for the migrant crisis on the southern border.

But Guatemalan voters might have a greater say on the issue.

Corruption is arguably the primary driver of emigration in Guatemala and the rest of Central America. Corruption is also the big issue in the country’s presidential, congressional and local elections on June 16, wrote Global Americans, a news and research website devoted to Latin America and the Caribbean.

Transparency International ranked Guatemala 144th out of 180 countries with the worst corruption. Numerous presidents and officials have been accused or convicted on corruption charges, usually through the United Nations-sponsored International Commission Against Impunity in Guatemala (CICIG), sometimes perceived as the only clean agency in government.

But the incumbent, Jimmy Morales, a comedian-turned-politician, is now seeking to disband the commission after it turned up dirt on his son and brother, accused Morales of illegal campaign financing, and asked lawmakers to remove his presidential immunity.

A slew of reform candidates are now seeking to succeed Morales – who by law can sit for only a single term – as his allies lobby hard to turn US politicians against the international commission, the New Yorker reported.

The eight allegedly organized a $7.5 million scheme to buy the votes of 60 congress members between 2012 and 2015. Ex-President Otto Pérez Molina, who is in jail awaiting trial on charges of running a corrupt customs ring, was in office at the time. Galdámez and Valladares have denied the accusations against them.

The Americas Society/Council of the Americas had a great explainer about the candidates and their goals.

Whoever wins Guatemala’s election, Mexican President Andres Manuel Lopez Obrador understandably hopes he can work with him or her to address the concerns of US President Donald Trump, who threatened to impose tariffs on Mexican products if Lopez Obrador couldn’t stem the tide of Central American migrants journeying north, Reuters reported.

The US and Mexico reached a deal to head off tariffs, but it doesn’t address the issues driving the migrant crisis, the Associated Press reported.

To really understand the crisis, wrote New York Times columnist Roger Cohen, one has to understand the larger forces at work that are usually beyond the control of new heads of state.

“Nothing in the dried-out streams, wilting coffee plants and wafting sewage of his village in the western highlands of Guatemala gave him reason to think his family’s suffering would end,” wrote Cohen, relating the story of Rigoberto Pablo, a migrant who illegally entered the US.

Leaders on the take and the smell of sewage are as good reasons as any to strike out for the American dream.

US Secretary of State Mike Pompeo blamed Iran for attacks on two oil tankers in the Gulf of Oman Thursday, based on intelligence about the type of weapons used.

However, senior Iranian officials denied any involvement in the blasts that hit the Japanese-owned Kokuka Courageous and Norwegian-owned Front Altair, the BBC reported. The attacks came shortly in the midst of Japanese Prime Minister Shinzo Abe’s visit to Iran to attempt to negotiate a détente between Tehran and Washington.

They also follow attacks on four oil tankers off the coast of the United Arab Emirates in May.

UN Secretary-General António Guterres condemned Thursday’s blasts, warning members of the Security Council that the world cannot afford “a major confrontation in the Gulf region.” Similarly, the European Union called for “maximum restraint,” and Moscow urged the world not to jump to conclusions regarding who might be responsible for the incident.

Meeting with Abe on Thursday, Iran’s Supreme Leader Ali Khamenei said he did not view President Donald Trump “as worthy of any message exchange,” while Iran’s foreign minister tweeted that the timing of the attacks was suspicious.

Quito’s constitutional court ruled five-to-four in favor of revising the country’s current marriage legislation, arguing that it was discriminatory and unconstitutional, and that same-sex couples should be allowed equal rights, CNN reported.

The four dissenting judges said the court should leave enacting changes to the country’s constitution to the government.

The country’s National Assembly must still change the laws that govern marriages, but a constitutional lawyer told CNN that the court’s verdict is binding and will allow same-sex couples to marry as soon as the decision is formally communicated to local government offices.

The court will do that within 10 days, after which the National Assembly is duty bound to pass a bill revising the current law that defines marriage as a union between a man and a woman.

“The judges decided to be on the right side of history,” said activist Pamela Troya, who had been denied a license to marry her partner, Gaby Correa, in 2013.

From Poor to Poorer

The closing off of other routes into Europe has caused a spike in the number of migrants arriving in Bosnia – touching off a humanitarian crisis in one of the continent’s poorest and most volatile countries.

“We can no longer describe the situation (in Bosnia) as a migration crisis, as it has effectively transformed into an (all-encompassing) humanitarian crisis,” a Croatian Red Cross representative told the Associated Press.

The so-called Balkan route traveled by migrants from the Middle East, Central Asia and North Africa seeking refuge in western Europe shifted south to Bosnia two years ago after governments to the north closed off those routes, the agency said.

As a result, the country registered more than 9,000 new migrant arrivals over the first five months of this year, nearly 12 times more than for all of 2017. Resources are already stretched to the limit. Meanwhile, Bosnian Serb leader Milorad Dodik, who currently heads Bosnia’s multi-ethnic joint presidency, is leveraging the issue to promote his separatist dreams of uniting with neighboring Serbia.

Scientists recently discovered that dogs are able to understand their owners’ feelings and empathize with them.

In a recent study, they found that dogs and their owners can experience synchronized emotions and stress levels, particularly in intense activities and situations.

“If the owner is stressed, then the dog is also likely to mirror that stress,” study lead author Lina Roth told NPR.

Roth and her team studied the personality traits and profiles of 58 dogs and their owners and took hair samples from both to analyze the stress-related hormone cortisol.

The results revealed that the canine cortisol levels matched with the personality traits of their owners, and this link was more present between owners and pets that compete together.

“When it comes to competing dogs, it could actually be that they spend more time together, and that this training could increase this emotional closeness,” Roth added.

Roth’s study primarily focused on two dog breeds and their female owners, and she hopes that future studies can reveal more how dogs and humans influence each other emotionally.

In the meantime, she suggested that owners shouldn’t feel worried if their stress levels affect their pooch.