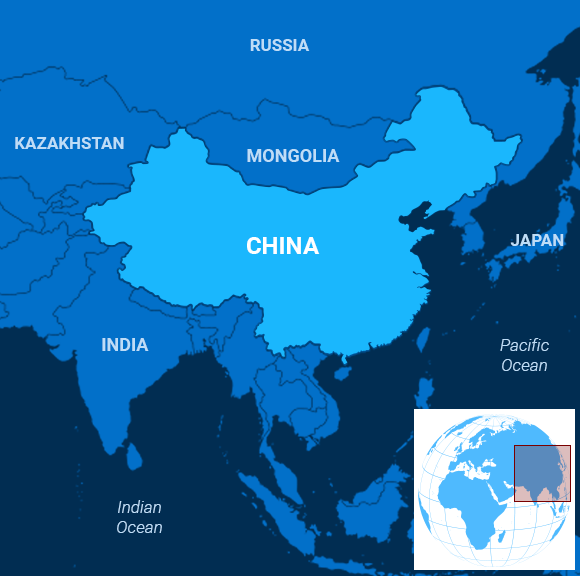 Imagine if an American president put facial recognition security cameras in mosques, banned the traditional Islamic greeting “as-salaam alaikum” and compelled Muslims to eat during the fasting hours of the holy month of Ramadan that ended in early June. Imagine if schoolteachers asked children if their parents read the Koran, and if children who answered ‘yes’ saw the authorities drag their parents out of the house the next day?

Islamic leaders worldwide would be apoplectic.

Yet when the Telegraph and others report on those measures in China, where the communist government has long oppressed Muslim ethnic Uighurs, there’s little response in the capitals of Egypt, Saudi Arabia, Jordan and other Arab states.

“Many Muslim countries continue to remain silent” – indeed, they “support the repression,” World Uyghur Congress President Dolkun Isa said when he recently accepted the National Endowment for Democracy award, a prize founded by the US Congress.

The Uighurs are a Turkic ethnic group centered in Xinjiang, a vast, mostly deserted, mountainous region in northwest China. Many Uighurs have long sought more political and economic autonomy from Beijing, provoking a backlash from the central government.

American diplomats estimated that Chinese officials have imprisoned as many as 3 million Uighurs and others in “concentration camps,” Reuters reported. Chinese apologists have called the camps “vocational education training centers.” But they are more accurately described as re-education camps. “They suppress any thoughts, beliefs, cultural values, language, even food, that evinces Muslim identity,” wrote Stanford University professor David Palumbo-Liu in the left-wing magazine Jacobin. Torture and organ harvesting have also allegedly occurred in the camps.

China’s widespread use of artificial intelligence, facial recognition technology, online surveillance and other snooping strategies are among the most ambitious and far-reaching in the world, providing a shining example to totalitarians everywhere of how to control civilian populations, argued Tim Wienhold of AI and Faith, a nonprofit that tries to bring religious values into discussions about ethical artificial intelligence, in the Washington Post.

Uighur rights advocates are working overtime to convince American leaders that something must be done to stop the abuses, Voice of America noted.

So why, as Middle East Eye asked, are Muslim leaders remaining silent? The Wall Street Journal suggested they were concerned that criticizing China might result in less investment and political support at a time when Chinese financing is crucial to countries throughout the region.

The Philadelphia Inquirer’s Will Bunch didn’t think those explanations held water in his column titled “Does ‘Never Again!’ mean anything if we do nothing about China’s concentration camps?”

History usually decides who is right. But it is also usually written by the victors.

Boots on the Ground

US President Donald Trump unveiled plans to send as many as 1,000 soldiers to Poland on Wednesday following a meeting with Polish President Andrzej Duda.

The move solidifies the alliance between the two countries and the affinity between their leaders, but it stands to further aggravate Moscow’s concerns that the US and NATO are taking a more aggressive stance in Central Europe, the Los Angeles Times reported.

Already, Russia objects to a missile-defense site the Pentagon is building in Poland, which joined NATO in 1999.

Though Trump’s views on Russia continue to draw scrutiny from US-based skeptics, Warsaw and its Central European neighbors have welcomed his demands that NATO members boost defense spending due to their position on the alliance’s frontier. Pointedly, Trump said the troops sent to Poland would likely be shifted from Germany, which he has repeatedly criticized for not spending enough on defense.

Nevertheless, the promise falls short of Poland’s request for a permanent US military base within its borders, which Duda last year proposed might be called “Fort Trump.”

Japanese Prime Minister Shinzo Abe, friendly with both the US and Iran, endeavored to lay the groundwork for an easing of tensions between the two rivals on a visit to Tehran Wednesday.

“We would like to play the maximum role we can for easing tension. That is what brought me to Iran,” said Abe, following a meeting with Iranian President Hassan Rouhani, according to Reuters.

Separately, two Iranian officials told the agency that Tehran would ask Tokyo to mediate with Washington to ease sanctions that have blocked Iranian oil sales – a prohibition that Japan itself has so far honored.

The effort comes at a particularly fraught moment, however. Washington intensified sanctions at the end of May, while also deploying a hefty arsenal to the area to prepare for an alleged “imminent threat” from Iran.

Meanwhile, in the midst of Iran’s more peaceful overtures, the Houthi rebels it is backing against the Saudi Arabia-backed government in Yemen launched a missile attack on a civilian airport in Saudi Arabia just hours before Abe’s arrival in Tehran.

A 5-year-old boy died of Ebola on Wednesday in Uganda, becoming the first cross-border victim of a deadly outbreak that has so far been limited to Congo.

In response, an expert committee from the World Health Organization will meet Friday to again weigh whether to declare a global health emergency, the Associated Press reported.

With 1,400 people dead in Congo, the outbreak is already the second largest ever. Making matters worse, the authorities believe the risk it will spread to neighboring countries is high due to rebel attacks and local resistance that have hampered the medical response.

The boy who died was among a dozen or so people stopped at the border who already showed signs of suffering from the disease, which is fatal in up to 90 percent of cases. But six of them, including the 5-year-old, left the isolation center where they were sent and sneaked into neighboring Uganda, a local coordinator of response teams told the agency.

“Many people are evading (border) customs and using small footpaths and it is difficult for us to follow the contacts,” the aid worker said.

Israeli scientists took a leap of faith when they decided to brew an “ancient beer” using yeast from over 5,000 years ago.

“I remember that when we first brought out the beer we sat around the table and drank … and I said either we’ll be good or we’ll all be dead in five minutes,” archaeologist Aren Maeir told the BBC. “We lived to tell the story.”

His team used modern techniques to create a brew akin to wheat beer with 6 percent alcohol content and a mead with 14 percent strength.

In their study, they highlighted that this was the first time that alcohol was created from ancient yeast, which was isolated from old beverage vessels around the Holy Land.

“The greatest wonder here is that the yeast colonies survived within the vessel for thousands of years – just waiting to be excavated and grown,” said co-author Ronen Hazan.

The beer itself is quite tasty, and is believed to be similar to the drinks enjoyed by the Pharaohs of Egypt.