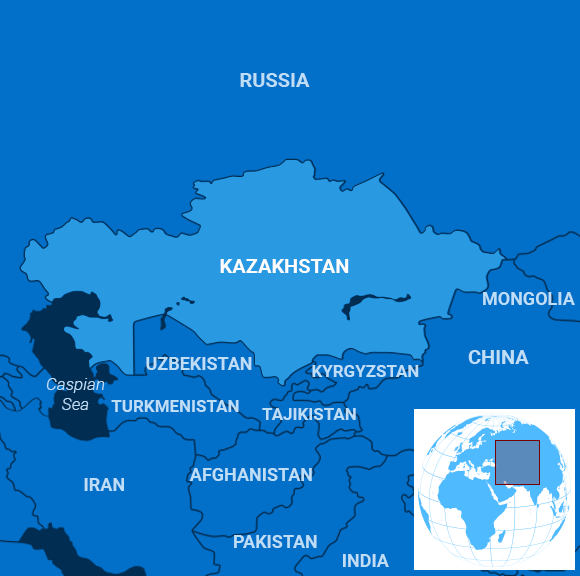 Foreigners dumped $24 billion into oil-rich Kazakhstan last year – more than 90 percent of all direct foreign investment in Central Asia in 2018, according to the Astana Times.

Folks like Steve Bannon visit the former Soviet republic, extolling the wisdom of Kazakh leaders. See Coda’s story about the American political guru’s recent visit there for a media forum.

Yet many Kazakhs don’t feel as if they are sharing in the wealth.

“Social inequality and exclusion may be the biggest challenges and obstacles to reaching the country’s goals of economic and social modernization,” Nazarbayev University sociologist Sofiya An told the Astana Times.

On June 9, when Kazakhstan holds presidential elections, citizens in theory should have a chance to make their voices heard.

“While my country is far from perfect, Kazakhstan has made strides in its democratic reforms and can provide a beacon of hope for a region that some dismiss as hopeless,” Yerzhan Kazykhanov, the country’s ambassador to the United States, wrote in the Washington Times.

In late May, for example, seven presidential candidates participated in a televised debate on the future of the country. One candidate railed against big business. Another proposed shutting down saunas and nightclubs.

But the incumbent, interim President Kassym-Jomart Tokayev, who’s Nazarbayev’s handpicked successor, didn’t show up. He had little to gain and plenty to lose from the exposure because he’s a shoo-in for the job, reported eurasianet, which described the election as a “pro-forma exercise.”

Artists and satirists have launched a campaign around the meme #Otpravdineubezhish, or Russian for “You can’t run from the truth,” to poke fun at the absurdity of an authoritarian regime pretending to respect human rights.

One cartoon published in Global Voices featured two images of the same man. In one panel, he’s wearing an orange jumpsuit and sitting behind bars in jail. In the other, he’s sitting in a living room watching television, but also behind bars. The captions read: “Hold up a banner: 15 days detention” and “Don’t hang up a banner: Life sentence.”

Addressing such concerns without a crackdown on civil liberties is the next president’s main task, Eli Hadzhieva, director of Dialogue for Europe, a project of the Progressive Center, a German think tank, wrote in Euractiv. Doing that while maintaining economic growth and maintaining good relations with Russia, China and others will be hard, she said.

At least Tokayev will have the power to make things better.

A Wall? Sort Of

Mexico has reportedly offered to send 6,000 members of its national guard to its border with Guatemala to help stem the flow of migrants bound for the United States and avert the threat of punitive tariffs from President Donald Trump.

As trade talks between the two countries continued on Thursday, both sides claimed to have made some progress, the Associated Press reported. But the US president again warned it was not enough to avert the 5 percent tariff he has threatened to impose Monday. The deal under discussion would require migrants to seek asylum in the first safe country they enter, allowing the US to send applicants to Mexico or Guatemala, the New York Times said.

Meanwhile, in Mexico, President Andrés Manuel López Obrador announced he would hold a demonstration near the border on Saturday to defend his country’s “dignity” in the face of Trump’s tough stance, AP reported separately.

“I am calling together the people of Mexico … for a rally to defend the dignity of Mexico, and in favor of friendship with the people of the United States,” said the Mexican president, popularly known as AMLO.

Wall Street, at least, is optimistic – with US stocks ending higher Thursday on hopes that the tariffs can be averted.

The Social Democrats won 25.9 percent of the vote and her bloc secured 91 of the 179 seats in parliament, the BBC reported.

Support plunged for the anti-immigration Danish People’s Party (DPP), which had become the country’s second largest party four years ago, but not because Denmark has suddenly embraced immigrants. The center-left Social Democrats, too, adopted a tougher migration policy to cater to concerns that too many migrants could overwhelm the country’s generous welfare system.

The third left-wing party to win power in a Nordic country in a year’s time, Denmark’s Social Democrats campaigned on promises of increased public spending, higher taxes for corporations and the rich, and a partial rollback of pension reforms.

Prior to the latest polls, Rasmussen’s center-right Liberal Party had led Denmark for 14 of the last 18 years.

Russia inked a deal with the embattled Chinese telecom giant Huawei to build its first 5G wireless network on the sidelines of meetings between Chinese President Xi Jinping and Russian President Vladmir Putin in Moscow on Thursday.

Under the circumstances, it’s more than a simple commercial contract, CNN noted.

The US has urged its allies not to use Huawei’s equipment to set up their 5G networks, banned the company from building US infrastructure and cut off the company’s access to American software and components that it needs for its smartphones and network equipment business. So the agreement with Russia’s largest carrier, MTS, is also a signal of how the two countries are closing ranks amid the US-China trade war and US sanctions against Russia related to its annexation of Crimea in 2014.

“The fact that the president of Russia and (the Chinese president) … were present at the ceremony proves once again how important technology partnerships are for Russia and China,” Huawei board chairman Guo Ping said in a statement.

During the American Civil War, Union forces blockaded Confederate ports to prevent them from exporting cotton and importing military and medical supplies.

Without the proper drugs and antiseptics, Southern doctors had to use native plants to heal soldiers and prevent infections, Smithsonian Magazine reported.

Recently, scientists tested the healing properties of some of those plants and discovered that they were quite effective in fighting bacteria.

Back in 1863, Confederate surgeon and botanist Francis Porcher compiled a book highlighting numerous traditional plant remedies that could be used to fight gangrene and other infections.

While the remedies didn’t kill the pathogens, the plants prevented their growth and further spread, suggesting they probably saved many soldiers from having to undergo amputations.

“Our findings suggest that the use of these topical therapies may have saved some limbs, and maybe even lives, during the Civil War,” said senior study author Cassandra Quave.

Researchers are now planning to look into the other plants discussed in Porcher’s book, and hopefully find new solutions for handling drug-resistant bacteria – a common problem for medical professionals today.

Correction: In Wednesday’s NEED TO KNOW section, we said in our “Fighting for Hyggeligt” item that Franskbrød are pastries. In fact, the correct word for pastries in Danish is Wienerbrød. We apologize for the error.