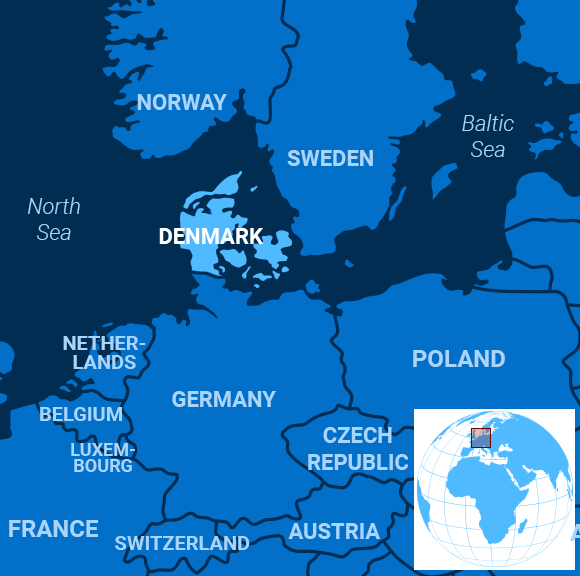 Some things are truly Danish: Lagkage (layer cake) and Wienerbrød (pastries), a prized feeling of coziness and warmth called Hyggeligt, and a deep acceptance of paying high taxes.

‘I don’t mind paying taxes as long as everyone is okay,’ is a common sentiment here.

But it implies a bargain. And that deal is being broken by politicians who are cutting their famously generous Nordic welfare as costs rise due to their aging population.

“We pay very high taxes in Denmark, and that’s all right,” pensioner Sonja Blytsoe told Reuters. “But in return, I think we can demand a certain service.”

Blytsoe sparked a national dialogue and an outpouring of frustration when her complaints compelled officials to reverse cuts to cleaning crews in her 92-year-old mother’s nursing home. Her mother suffers from dementia and was due to have her small apartment cleaned only 10 times a year.

Expect that issue to feature prominently in parliamentary elections June 5.

Another is immigration, and the two intertwine.

In the wake of the 2015 migration crisis when more than one million refugees and asylum seekers from Syria and elsewhere arrived on the continent, unlike Germany, Denmark’s conservative government cracked down, the Associated Press reported.

Face veils are banned. New citizens must shake hands – the standard greeting in Denmark – to finalize their naturalization, a taboo for Muslims who don’t touch members of the opposite sex. Asylum seekers must relinquish their jewelry and gold to pay for their accommodations.

Danes largely support the moves. Many political parties have hewed to the right, sensing their constituents’ views. And even though the anti-immigration Danish People’s Party did poorly in European Parliament elections last month – unlike other far-right groups around the bloc – it was partly due to scandals in the party, the Local explained. But other parties also stole its thunder.

Yet some Danes feel as if their fellow citizens are forgetting their progressive values.

“We need to stand firmly to our values and defend them, rather than caving in toward the fear of …of people from outside of your village…,” Karen Melchior, recently elected to the European Parliament, told Voice of America.

Apparently, the girlfriend is the kind of immigrant that Danes welcome: white, blonde and slated for graduation from Harvard University this year.

But some Danes counter that Denmark is a small country of just under six million and can only handle so many newcomers. That viewpoint, surprisingly coming from the center-left Social Democrats, is likely to help the party soundly trounce the far right this week.

“If only the far-right is talking about the problems, then it is only the far-right where people will be looking for solutions,” Mattias Tesfaye, 38, who has an immigrant father from Ethiopia and a Danish mother, and is a former bricklayer, told the Financial Times. “If I were…in an Anglo-Saxon (country) then open borders would not be a problem. But for a Scandinavian welfare state, immigration has to be controlled…or it threatens social cohesion.”

The so-called Green Zone in Baghdad reopened to the public on Tuesday after 16 years of operating as a heavily fortified refuge for foreign officials and Iraqis with special security badges.

The area, which houses the US embassy and Iraqi government offices, is now open “24 hours a day without any exceptions or conditions,” Maj. Gen. Jassim Yahya Abd Ali told the Associated Press.

The reopening is intended as a positive signal that the security situation in the capital has virtually returned to normal after years of war, the news agency noted. It should also assuage anger among ordinary Iraqis, for whom the enclave was a symbol that the government was isolated and out of touch.

Iraq has promised to open the zone to the public previously, but the promises never came to fruition due to continued security issues. This time, Ali said the authorities have removed 12,000 concrete walls from the area to throw it open to the public on the Eid al-Fitr holiday that marks the end of Ramadan.

Tens of thousands of people took to the streets of Prague to call for the resignation of Prime Minister Andrej Babis on Tuesday in what organizers claimed was the biggest demonstration since the 1989 Velvet Revolution.

Babis, who made billions from the agrochemical industry, is accused of defrauding the European Union of subsidies, the BBC reported. He denies the charges and has hit back at the EU report demanding he return the funds.

Protests calling for him to step down have been staged weekly since the end of April. However, on Tuesday the “million moments for democracy group” behind the movement claimed that 120,000 people turned up – more than double the size of their largest crowd so far.

Demonstrators held up pictures of the billionaire with “Resign” emblazoned on them, and speakers addressed the crowd in front of a backdrop that read “Prime Minister or Crime Minister?” the BBC noted.

Nevertheless, Babis’ ouster seems unlikely – not least because his ANO party remains the country’s most popular one despite the charges against him, based on the recent EU Parliament elections.

A crowd of 180,000 people gathered in Hong Kong to commemorate the victims of the Tiananmen Square massacre 30 years ago, according to event organizers.

That number matches the largest-ever attendance of the annual vigil, an apparent signal that residents are keen to express their displeasure with China’s tightening grip on the one-time British colony, the Wall Street Journal reported. In a related story, Beijing took umbrage with US Secretary of State Mike Pompeo for honoring the “heroic” protests in a statement issued Monday.

Under the mainland’s tenuous “one country, two systems” policy toward the former British colony, Hong Kong is the only place in China where such mass gatherings are permitted. But many residents feel that right may not last long due to measures like a proposed extradition law that would allow people accused of crimes to be sent to the mainland to face trial.

Renaissance polymath Leonardo da Vinci created memorable masterpieces during his lifetime, but he had a reputation of not finishing projects, including the famed Mona Lisa.

In a study published in the journal Brain, researchers believe da Vinci might have suffered from attention deficit hyperactivity disorder (ADHD), making him unable to fully focus on his tasks.

“A great mind that has compassed the wonders of anatomy, natural philosophy and art, but also failed to complete so many projects,” they wrote.

People with ADHD have trouble focusing and are easily distracted, with a tendency to fidget and talk a lot.

While it’s impossible to diagnose a 500-year-old corpse, historical records from da Vinci’s contemporaries and his first biographer, Giorgio Vasari, paint him as a struggling genius who moved from project to project without finishing many of them.

Study co-author Marco Catani hopes that da Vinci’s case can break the stigma associated with ADHD, which is sometimes linked with misbehavior and low intelligence in children.

“I hope that the case of Leonardo shows that ADHD is not linked to low IQ or lack of creativity but rather the difficulty of capitalizing on natural talents,” he said.