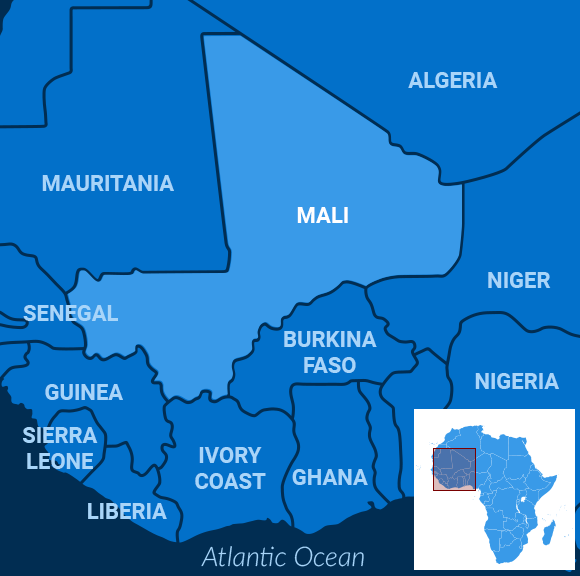 Race to the Bottom

Gunmen on motorcycles recently shot and killed seven people in the remote Malian town of Koury near the border with Burkina Faso. A similar motorcycle attack occurred at the same time in Boura, 34 miles away, but nobody died.

That, unfortunately, is just another day in Mali.

Nobody claimed responsibility, reported the Associated Press, but Islamic extremists and other armed groups are active in the region.

This month, an improvised bomb injured three Chadian peacekeepers in northern Mali. Unidentified assailants killed a Nigerian peacekeeper in Timbuktu. And 17 soldiers from Niger died and 11 went missing after an ambush in western Niger in the same area where four American special forces soldiers and four local troops died in a 2017 firefight.

Mali is the most dangerous country in the world for United Nations peacekeepers. Nearly 200 have died since 2013. They deployed to Mali, as the Defense Post explained, after a French force had repelled Islamist militants who had seized northern Mali in 2012 amid an insurgency driven by ethnic Tuaregs who wanted an independent state.

Today, around 4,500 French troops are fighting jihadists in Mali, Burkina Faso, Niger and Chad. Around 2,700 are in Mali. The UN has more than 12,000 troops and almost 2,000 police officers in the country. A West African regional coalition is organizing a 5,000-personnel force to help, too.

Mali, while large geographically, has only about 19 million people, about as many as China’s capital, Beijing.

Meanwhile, what happens if and when this massive international military effort declares victory? The governments they have been fighting to keep alive have sometimes disappointed.

Malian Prime Minister Soumeylou Boubèye Maïga resigned in April after revelations that government-affiliated “self-defense groups” had killed 160 people, including 46 children, in cold blood in Ogossagou, a village in central Mali. The victims were members of the Fulani ethnic group, which leaders in the capital of Bamako accuse of having links to Islamist extremists.

Read a heartrending account of the massacre written by UNICEF’s chief of communications in Mali, Eliane Luthi, in CNN: “When he arrived here, his eyes were red and he could hardly speak,” a social worker recalls of one 9-year-old boy. “The only thing he could say was: ‘They killed my mother in front of my eyes, didn’t you see?'”

Under the leadership of a new prime minister, Boubou Cisse, Malian Foreign Minister Tiebile Drame recently told diplomats in Brussels that his country desperately needs more help. “It’s a race against time,” said Drame, appealing for security forces, funding and other aid from “Europe and other countries in the world that have the means and feel concerned by the terrorist threat.”

More help might come, but it may or may not yield much in the way of results.

A Call for Unity

Opening an emergency summit of Gulf leaders on Thursday, Saudi Arabia’s King Salman called for regional powers to unite and use any means necessary to stop a tide of aggressive actions the kingdom and others blame on Iran.

However, he also said Saudi Arabia remains committed to extending its hand for peace and prosperity of the region, the Associated Press reported.

The summit of the six-nation Gulf Cooperation Council is the first of three meetings in Mecca slated to develop a plan for dealing with Iran, following several attacks on oil-related infrastructure. Iran has denied involvement in the incidents but the Houthi rebels that Tehran is backing in Yemen’s civil war claimed responsibility for drone attacks on Saudi oil facilities. Following the GCC meeting will be an emergency summit of the 22-nation Arab League and a meeting of the 57-nation Organization of Islamic Cooperation – Iran is also a member.

It remains to be seen how united a front the Arab nations can maintain. But Qatar’s Prime Minister Sheikh Abdullah bin Nasser Al Thani attended the summit Thursday despite a blockade of his nation by Saudi Arabia, the United Arab Emirates, Bahrain and Egypt.

China reportedly moved to stop buying US soybeans on Thursday in a bid to drive home the costs of the budding trade war.

Chinese buyers have stopped new orders and aren’t likely to resume them until the escalating tariff battle is resolved, Bloomberg reported. However, insiders told the news agency that Beijing currently has no plans to push companies to cancel existing orders.

The news comes a day after China threatened to restrict America’s access to rare earth metals, a group of 17 elements unique for their magnetic and electrochemical properties which include gadolinium, lanthanum, cerium and promethium. These are essential for the production of cancer drugs, smartphones and renewable energy technologies, the Guardian explained. China is the world’s largest producer of the metals.

Both measures could hurt the US. However, much of the damage is already done in the soybean trade. The value of US soybean exports to China has already fallen 74 percent to $3.1 billion in 2018 from about $12.2 billion the previous year. On the other hand, the US relied on China for about 80 percent of its rare earth imports between 2014 and 2017.

President Alexander Van der Bellen announced the appointment of Brigitte Bierlein, a top lawyer, as interim prime minister, the BBC reported. The 69-year-old has been president of the Austrian Constitutional Court since 2003 and earlier held senior court positions in Vienna.

She replaces Sebastian Kurz, whose government collapsed as a result of a leaked video that discredited former Vice Chancellor Heinz-Christian Strache of the Freedom Party. The video showed Strache offering public contracts to a woman posing as a Russian oligarch’s niece.

Politically, Bierlein is a right-wing social conservative with close ties to both Kurz’s People’s Party and Strache’s Freedom Party, the BBC said. However, she criticized their coalition’s move last year to ban Muslim girls from wearing headscarves in primary schools.

Her place at the top is historic, but it will also be brief, as elections are planned for September.

People who obsessively tend to their children’s care – even after the kids are grown – aren’t usually seen as good examples of healthy parenting.

Scientists recently discovered that bonobo mothers are heavily invested in their male offspring to the point of helping them find sexual partners, the Guardian reported.

A study that examined the parenting skills of wild bonobo and chimpanzee mothers concluded that bonobo sons were more successful in finding mates and creating more offspring.

“The mothers tend to be a social passport for their sons,” said lead researcher Martin Surbeck.

Bonobo mothers act as chaperones for their grown kids, making sure they find the best female mates and feast on the fruit of the best trees.

They also make sure their sons don’t get disturbed, or attacked by other bonobos, during mating.

“Once I saw a mother pulling a male away by the leg,” said Surbeck. “It doesn’t necessarily increase their son’s mating success but it shows that they really get involved in the whole business.”

Chimps are also protective but less intrusive into their child’s mating game.

Both primate species are considered the closest living relatives to humans – which might explain why some human mothers can’t help becoming “helicopter parents.”