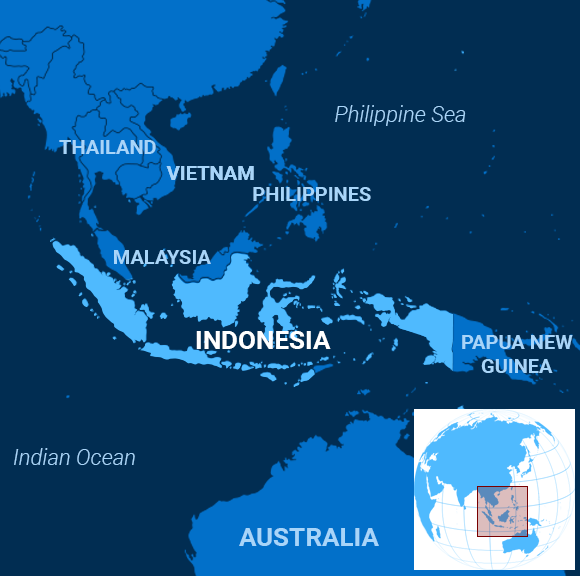 Filipinos, Cambodians and other Asians have expressed their confidence in strongmen in recent years.

Indonesia, however, did not – bucking a trend.

“I’m president of all of Indonesia, and democracy protects pluralism,” Joko told the New York Times. “My government is about harmony and opposing extremism.”

The world’s third-largest democracy after India and the US, Indonesia is home to the world’s largest Muslim population but has a secular form of government as well as sizable religious minorities.

Prabowo called for a hardline Muslim rule and didn’t shut down rumors that Joko, a moderate Muslim, was secretly a Christian. Claiming fraud, he has promised to contest the results, Al Jazeera reported. He received 44.5 percent of the votes to Joko’s 55.5 percent.

“Structural, systematic, massive and brutal fraud has taken place, and it has not been dealt with justly,” a Prabowo campaign spokesman told the Qatar-based news agency without providing details.

The 57-year-old re-elected president, who is commonly known as Jokowi, is a unique figure in world politics. He’s a former furniture maker from “humble beginnings” who has pledged to fight for civil rights, including those of minorities and women, explained the BBC. He has also vowed to improve the archipelago’s infrastructure and crack down on corruption.

His win prompted a rally at the Jakarta Stock Exchange, according to Axios.

That confidence might disappear if chaos erupts as Prabowo challenges the election results, though.

In 2016, hardline Islamist groups that now support Prabowo organized protests against the then-governor of Jakarta, an ethnically Chinese Christian named Basuki Tjahaja Purnama who was jailed for insulting Islam. He was released in January.

Hundreds protested the recent election, a sign of discontent but hardly an upsurge that represents a grave threat to order in a nation of more than 260 million people.

Jokowi is moving fast to head off such problems.

Indonesian police detained 30 militants with suspected links to Jemaah Ansharut Daulah, an Islamic State-affiliated group linked to the Surabaya bombings of three churches in 2018 by a family of five, the Guardian wrote. Meanwhile, on Tuesday, Indonesian security sources said the arrests of four gunmen and two arms suppliers last week foiled a plot to assassinate four of Jokowi’s top security officials, according to the South China Morning Post.

More importantly, Jokowi’s trying to show ordinary Indonesians that he can offer them more than hate and violence.

In his first term, Jokowi’s administration spent $350 billion on infrastructure, Bloomberg reported. Now he’s pledging to direct $400 billion to roads, bridges, airports, power plants and other domestic investments. Financing for those projects comes from state-owned enterprises modeled after the companies that have turned China into an industrial juggernaut.

Joko Widodo might show the world how to reconcile Western politics with Eastern productivity. And he might show Indonesians that this offers more than divisions and anger.

Israeli Prime Minister Benjamin Netanyahu on Thursday opted to dissolve parliament and send the country to the polls again, less than six months after previous elections rather than allow the president to tap another leader to try to cobble together a government.

The unprecedented move came after Netanyahu failed to convince Avigdor Lieberman, his former defense minister, to join into a coalition to form a majority government: The latter refused to back down from a demand for a bill forcing ultraorthodox men to serve in the armed forces, the Washington Post reported.

Returning to the campaign trail will cost the country millions of dollars and add to the many hurdles facing the long-awaited White House peace plan just as President Trump’s son-in-law and adviser, Jared Kushner, is scheduled to arrive in Israel for discussions, the paper noted.

The personal stakes are also high for Netanyahu, as it’s now unlikely his supporters will be able to pass a law giving him limited immunity from prosecution before a pre-trial hearing in October on potential charges of bribery, fraud and breach of trust, the Wall Street Journal said.

Canadian Prime Minister Justin Trudeau introduced a bill to ratify the United States-Mexico-Canada Agreement (USMCA) on Wednesday on the eve of a visit from US Vice President Mike Pence.

Signed by all three countries in November 2018, the deal must be ratified before it takes effect, Reuters reported. It has been delayed in the United States due to Democratic concerns over measures to enforce the labor standards it imposes on Mexico.

Following the removal of US tariffs on Canadian and Mexican steel and aluminum products earlier this month, ratification appears to be likely in Canada, the agency reported. Conservative Party leader Andrew Scheer said on Wednesday his party will “reluctantly support” the pact even as he criticized Trudeau for not negotiating a better deal for Canada.

Though the political situation is different in the two countries, if Canada’s ratification goes through, it looks likely the US’ will, too, in spite of upcoming elections: Canadians go to the polls in October while US presidential elections are next year.

South African President Cyril Ramaphosa unveiled a leaner government on Wednesday in which half the cabinet ministers are women even as he reappointed a powerful politician accused of corruption as his deputy despite earlier vows to clean up the African National Congress (ANC).

“He’s too powerful not to be deputy,” political analyst Ralph Mathekga said of Ramaphosa’s decision to reappoint David Mabuza as his second-in-command, the New York Times reported. “The strength of this presidency depends on Mabuza.”

After the ANC won the general elections earlier this month, many were interested to see what Ramaphosa would do with his cabinet: He had forced out former President Jacob Zuma but retained some figures close to him who were implicated in corruption cases.

His choices reflect a split in the party that has shepherded South Africa through the post-Apartheid era, said William Gumede of the University of Witwatersrand in Johannesburg. “Ramaphosa is only in control of one half, and he has to make compromises with the other.”

Cutting the cabinet to 28 ministers from 36 represents “evolution, not revolution” political analyst Richard Calland told the Guardian. “A statement of reformist intent, if not necessarily reformist action.”

Volcanoes are fascinating but studying them is a difficult and dangerous job.

An international team of scientists, however, is finding ways to better understand and prepare for future eruptions, NPR reported.

The research team is detonating underground explosives to simulate volcanic eruptions in a controlled environment. Specifically, they are studying how volcanoes operate during small “rapid-fire” eruptions, which are far more common than the big eruptions that make headlines.

The 40-member team is divided into groups studying many different features that occur during an eruption, such as the direction of flying debris, as well as the sound and seismic waves produced.

The team is hoping to learn more about predicting volcanic behavior and to prepare for the hazards of studying real eruptions.

“Some of these teams are going to be deploying this same equipment at an active volcano,” said volcanologist Alison Graettinger. “And they are going to make sure their measurements are the best they can be because of their time here.”

The experiments also aim to calculate how eruptions will affect populated areas and decide which areas to evacuate.

“Any volcanologist’s motivation is ultimately to help us do better for future crises,” Graettinger added.