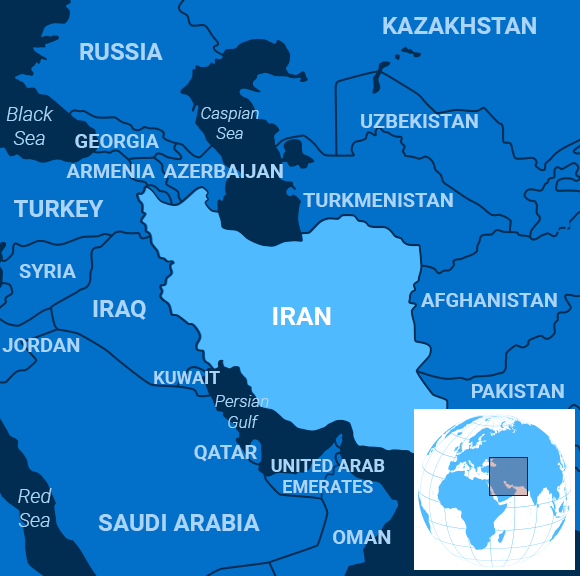 War could have broken out between Iran and the United States two years ago.

The conflict would have begun when American jets killed militants associated with Hezbollah, an Iranian-backed Lebanese militia, as they approached a US military base in Syria.

War didn’t happen, however. The incident was “a very minor installment in an off-again, on-again proxy war between America and Iran in the Middle East,” wrote the Daily Beast.

Oh, how things can change.

A Norwegian insurer recently concluded that Iran’s Revolutionary Guards were “highly likely” to have attacked four oil tankers off the coast of the United Arab Emirates last week, Reuters reported. The elite military unit likely used a nearby surface vessel to deploy underwater drones against the ships, which sailed under the flags of Saudi Arabia, Norway and the United Arab Emirates, the analysts concluded.

The attacks came at a sensitive time.

In early May, the US moved an aircraft carrier group to the Persian Gulf after warning that Iran was planning an attack in the Middle East. Washington also evacuated personnel from its embassy in Baghdad, Iraq. Those moves, in turn, came as the US was attempting to stifle Iranian oil exports as part of President Donald Trump’s decision to pull out of the nuclear deal that his predecessor had signed with Tehran. Those exports are vital to Iran’s fragile economy.

Escalations come day by day. Saudi Arabia recently accused Iran of using a drone to strike a key pipeline in the desert kingdom, the Associated Press reported. A state-owned newspaper known to telegraph the monarchy’s views then called on the US to launch “surgical” strikes on Iran.

Trump has said he doesn’t want war, USA Today reported. Echoing the split between Europe and the US over the Iraq invasion of 2003, the British, French and others have said they will have nothing to do with a war with Iran, the Atlantic explained.

Iranian officials told CBS that the US was acting on bad intelligence – not a crazy thought, given how American leaders swore, wrongly, that the late Iraqi dictator Saddam Hussein possessed weapons of mass destruction.

The BBC noted that figures like National Security Advisor John Bolton and other “Iran hawks” have been gunning for regime change in Tehran for a long time. Many pundits in the Middle East agreed. “A circus,” was how Jordanian politician and newspaper columnist Rohile Gharaibeh described the current climate. “It’s no more than shenanigans to apply more pressure on Iran.”

Hopefully, shenanigans are the only end game here. Not more.

More than 1,000 victims of the Holocaust were buried Wednesday in Belarus, after construction workers uncovered a mass grave during work on luxury apartments this winter in the southwestern city of Brest.

Soldiers called upon to excavate the site found evidence it was indeed a mass grave. The site’s location – a wartime ghetto – prompted authorities to conclude that the bodies belonged to Jews murdered by the Nazis, NPR reported.

On Wednesday, the remains were placed into 120 coffins for burial in a cemetery outside the city, but not everyone is satisfied with the result, as Brest still plans to go ahead with the apartment building.

Soon after the first remains were discovered, Jewish leaders and other locals blamed the authorities for blundering ahead with the project before adequately investigating historical accounts suggesting it was the site of a mass grave, and an online petition now calls for the apartment project to be scrapped in favor of a memorial park.

Researchers have blamed China’s continued use of a banned home insulation for a recent spike in chloroflurocarbon (CFC) chemicals that are devastating to the ozone layer.

The international community agreed to stop using CFC-11, also known as trichlorofluoromethane, and various other CFCs in 1987, after the hole in the ozone layer was first discovered, and the presence of CFCs in the atmosphere had been declining rapidly. Last year, however, scientists found the rate of decline had plunged by half since 2012, the BBC reported.

Now, they claim to know why: The illegal chemical is used in nearly three-quarters of the home insulation sold in China, which the latest report shows is responsible for 40-60 percent of the increase in emissions.

One tonne of CFC-11 is equivalent to around 5,000 tonnes of carbon dioxide, so that’s bad news for climate change. Meanwhile, scientists previously believed the hole in the ozone layer in the Northern Hemisphere could be fully fixed by the 2030s and in Antarctica by the 2060s. But the spike in CFC emissions could delay those repairs by a decade.

South African President-elect Cyril Ramaphosa took immediate steps to address the corruption that plagues the country after he was sworn in Wednesday for a five-year term.

The most visible measure: He postponed the swearing in of Deputy President David Mabuza because of an incriminating report on him by the African National Congress’ (ANC) Integrity Commission, the Associated Press reported.

“We will have a government that is accountable,” Ramaphosa said after his formal election in parliament. “We have a great responsibility to be accountable to the people of the country.”

Several other notable ANC leaders were not sworn in either, including former Cabinet ministers Nomvula Mokonyane and Malusi Gigaba, who were implicated in allegations of graft during Jacob Zuma’s administration.

The apparent crackdown is a canny move to combat the ANC’s waning popularity following its worst election showing since Apartheid earlier this month, but sidelining too many powerful leaders could come back to bite Ramaphosa, warned political analyst Ralph Mathekga of the University of Western Cape’s Center for Humanities Research.

By now, dogs have become so integral to humans that they are no longer just house pets.

Australian researchers taught sniffer dogs to detect alpine stoneflies, an endangered insect species, according to the Australian Department of the Environment and Energy.

While there are instances of pooches sniffing out nests or waste products of other insects, this is the first case in which man’s best friend has been trained to detect live specimens of tiny arthropods.

The pooches were trained to sense the peculiar scent of stoneflies and to point out their location, but not head excitedly toward them.

Researchers noted that the dogs might also use this ability to search for another endangered insect species in the future.

“This is an exciting and innovative way to revolutionize how we gather data on our endangered species, no matter how big or small,” said lead researcher Julia Mynott.

Conservationist dogs are not a new trend, however.

In Argentina, Train, a Chesapeake Bay retriever, is helping scientists track jaguars and oncillas, after he didn’t make the cut as a drug-sniffing dog.

“He failed out of narcotics school because he was too energetic,” biologist Karen DeMatteo told CNN. But she added that she’s grateful for that, too, in spite of how tiring the job is – and how much energy Train has for it. “It just makes life really great to get up and work with a dog every day.”