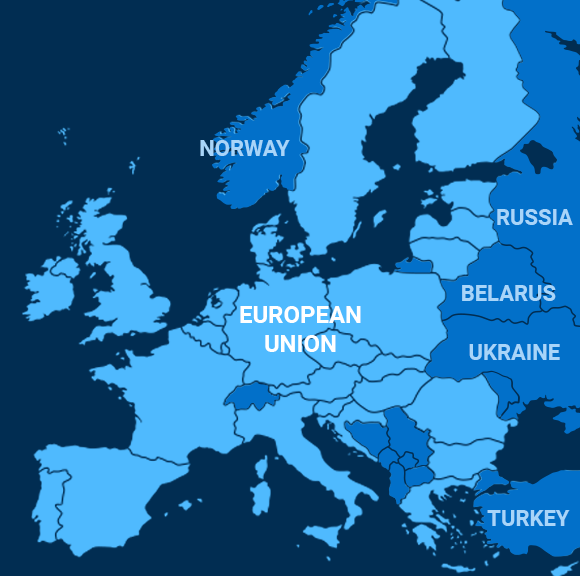 The European Parliament doesn’t get much respect.

As CNN reported, many Europeans don’t know its functions, even though it affects their lives directly as the European Union’s legislative branch.

But this year, as voters go to the polls between May 23 and 26 to elect lawmakers for the parliament, the normally overlooked chamber is receiving more attention than usual.

The last European Parliament elections occurred in 2014 – a year before more than one million asylum seekers and migrants began arriving on the continent and two years before Britain opted to leave the EU.

The climate in Europe now is polarized four ways, the Economist explained. In addition to the unending conflict between conservatives and liberals, many voters have gravitated to pro-Europe or Eurosceptic policy agendas. As a result, political leanings are scrambled.

In Britain – whose citizens will elect members of the European Parliament even though their country is due to the leave the bloc in the coming months – many voters are casting ballots in support of political parties they might not typically back, wrote euronews.

Many conservatives are voting for the recently formed Brexit Party. Many liberals who might usually be solid Labor supporters are going for the Green Party, whose leaders want to remain in the EU. In an editorial, the Guardian posited that the European elections were a chance to reshape both British and European politics.

In France, the EU elections will be a referendum on President Emmanuel Macron’s first two years in office, argued Reuters. He faces the popular “yellow vests” uprising, which started as protests against fuel-tax and cost-of-living increases. The protests’ sympathizers could snub the president and line up with populist Marine Le Pen’s far-right party.

Similarly, if German Chancellor Angela Merkel’s conservatives fare poorly in the European elections, critics of the longtime leader will be emboldened to demand she explain her exit plan following her announcement last year that she would resign in 2021.

Spanish Prime Minister Pedro Sánchez is hoping to expand Spain’s power in the parliament, where transnational groups of socialists, conservatives, liberals, greens, populists and other parties sit with each other, El País reported. Sánchez is a leading figure in the Party of European Socialists.

Far-right parties are campaigning heatedly, too. The Associated Press wrote about how 26-year-old Dries Van Langenhove was the standard bearer for Vlaams Belang, a reconstituted version of the Flemish nationalist Vlaams Blok party, which was closed down after a court determined it was racist.

An American once said that all politics is local. In Europe, it depends on what you mean by local.

Two Compromises, or None

British Prime Minister Theresa May claimed to offer “significant changes” in her latest proposed deal for the country’s exit from the European Union, including a promise that lawmakers would be allowed to vote on whether or not to hold a second Brexit referendum.

She also offered the prospect of closer trade relationships with the EU than in previous proposals, Reuters reported. But the measures look likely to be too little, or too late, to prevent another resounding no vote.

“I say with conviction to every MP or every party: I have compromised, now I ask you to compromise,” May said in an effort to persuade lawmakers to consider her new deal.

However, Labour leader Jeremy Corbyn described the new bill as “largely a rehash of the government’s position.” Prominent Conservative Brexit campaigners also indicated they would oppose the deal. And Northern Ireland’s Democratic Unionist Party says May’s latest offering has the same “fatal flaws” as the original one.

Indonesian police deployed tear gas to disperse protesters in the capital of Jakarta early Wednesday after presidential candidate Prabowo Subianto declared he would challenge the re-election of President Joko Widodo in the Constitutional Court on the grounds of alleged electoral fraud.

After Prabowo told reporters he believed there had been widespread cheating, thousands of supporters gathered in Jakarta, according to BBC. The rally initially started peacefully, but police fired teargas when some protesters threw fireworks and other objects at officers in riot gear. Six people died and 200 were injured, according to numbers given by Jakarta’s governor.

Police officials haven’t yet confirmed the figure, and the cause of deaths remains a mystery for now, the news channel reported.

Independent observers and an election supervisory agency have dismissed the claims of vote rigging and said that the election was free and fair, the news channel said. A moderate who eschews nationalist and religious rhetoric, Joko pledged to work on behalf of all Indonesians. But analysts warned that may be difficult in an increasingly polarized political system.

South Africa opted to send the former finance minister of Mozambique to his home country to face corruption charges rather than extradite him to the US, where he is wanted for his alleged involvement in fraudulent loans to Mozambique state firms worth $2 billion.

“I am satisfied that the interest of justice will be best served by acceding to the request by the Republic of Mozambique,” South African Justice Minister Michael Masutha said in a statement about the decision, according to Agence France-Presse.

In his home country, Chang is accused of taking $17 million in kickbacks from a loan scam that siphoned off hundreds of millions in government funds. In the US, he faces charges of conspiracy to commit electronic fraud, financial security violations and money laundering.

Were he to be tried in the US, a guilty verdict could result in a jail sentence of as long as 45 years. But Masutha said his decision was influenced by the fact that the alleged offense was committed while Chang was a cabinet minister in Mozambique.

For his part, Chang also said he’d prefer to face trial at home.

The study of dementia, the degenerative disorder that causes people to lose their memories and other cognitive functions, just got more complicated.

The condition is often associated with Alzheimer’s disease, but dementia has other forms and causes, too.

Researchers reported in their study that a condition they dubbed LATE – for limbic-predominant age-related TDP-43 encephalopathy – can be confused with Alzheimer’s during diagnosis.

Both diseases affect older patients, but Alzheimer’s generally strikes earlier than LATE does. Alzheimer’s symptoms typically first appear when patients are in their mid-60s. LATE affects patients over age 80.

Both disorders are caused by clumps of misshapen proteins that build up in the brain, but each involves a different set of proteins.

Unfortunately, researchers explained, the new condition is “additive,” meaning that a patient can suffer from both Alzheimer’s and LATE at a certain point.

The good news, however, is that scientists now have a better understanding of what causes dementia and are working on creating better diagnoses and potential treatments.

“The aged brain is the most complicated thing in the world,” according to lead author Peter Nelson.

The discovery might also help explain why so many clinical trials of potential new Alzheimer’s drugs have failed, as some participants might also have had LATE.