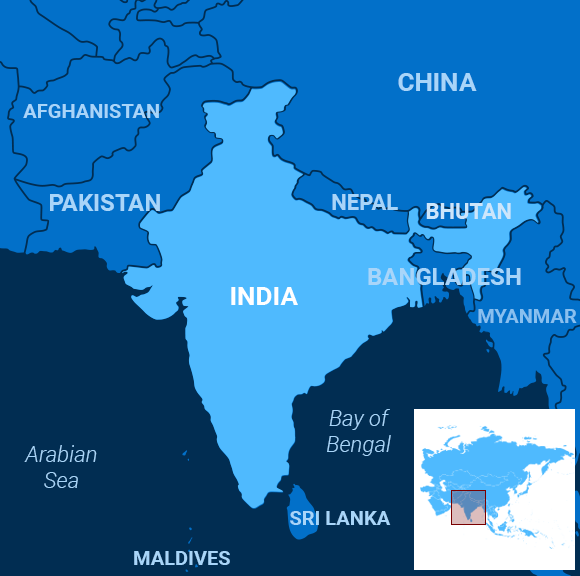 Prime Minister Narendra Modi’s ascent to power in India in 2014 was an international milestone.

Riding a popular wave, Modi and his Bharatiya Janata Party (BJP) promised to make the world’s largest democracy finally realize its potential. Business would be empowered to grow. Modi would tame the country’s unruly, corrupt state. The primacy of the majority Hindu religion in the diverse, technically secular country would be affirmed. The Pakistani threat would be challenged.

Modi has since centralized power around himself in a manner no other Indian leader has accomplished since Indira Gandhi in the 1970s, argued Princeton University historian Gyan Prakash in the New York Times. But, like the autocratic Gandhi, Modi is now experiencing a backlash, Prakash asserted, as India votes for a new parliament – a process that began last month and wraps up on May 19.

The editors of Time magazine recently put Modi on the cover of their Asia edition, not to extol his virtues but to label him the “divider in chief” because of his polarizing policies, India Today wrote.

Speaking to CNN, Kuldeep Kaur, 65, whose family ran a gold shop, said the prime minister’s controversial move banning high-value notes to crack down on crime and tax evasion in the country’s largely cash-based economy had ruined the family’s business.

“Modi has done nothing for us,” she lamented. “Our work has been affected so badly that our children are dying of hunger. Our business is completely shut. My children are sitting idle.”

Modi’s rivals in the opposition Congress Party are sensing blood in the water. They are negotiating heatedly now with other parties in case they are given a chance to form a coalition to replace Modi. “We’ve all collectively recognized the reality that the BJP is losing significant votes,” a Congress Party spokesman told Reuters.

The contest is turning nasty. Crowds have attacked candidates, including Arvind Kejriwal, the chief minister of the capital of Delhi. One candidate broke down in public while recounting slurs made against her. A BJP politician attacked a rival with a Hindi slur, then explained the utterance by saying, “If you don’t call a cow a cow, a rat a rat and a donkey a donkey, then what will you call them?”

Meanwhile, issues like education, air and water pollution, traffic congestion and urban blight have fallen by the wayside, Bloomberg noted.

That might suit Modi fine, as he doesn’t need to focus on those problems. But a circus-like atmosphere does little for the man who aimed to tame a subcontinent.

Hiding Out No More

After 17 years on the run, a former leader of the Basque separatist group ETA was arrested Thursday in the French Alps.

Spanish authorities announced the capture of José Antonio Urruticoetxea Bengoetxea, the most wanted ETA figure since 2002, on Thursday, the Associated Press reported. Better known by the alias Josu Ternera, he is accused of crimes against humanity, as well as multiple killings and belonging to a terrorist organization.

Those charges notwithstanding, he was arrested by France’s domestic intelligence service DGSI in connection with a 2017 French conviction for involvement in a terrorist group – a crime that carries a sentence of eight years in prison. Because he was convicted in absentia, however, he has the right to request a new trial, and Spain is slated to ask for his extradition before he serves out his sentence in France.

Known for killing more than 850 people during its decades-long militant struggle to carve out an independent Basque country from northern Spain and southern France, ETA laid down its arms in 2017 and disbanded last year, decimated by a dogged police effort.

The Philippines recalled its ambassador and consuls to Canada on Thursday as the deadline Manila had set for Ottawa to take back 100 tons of rotting garbage sent to the Philippines for recycling expired with the offending shipping containers still in the Southeast Asian country.

The problem is smaller than it once was, Al Jazeera reported. Originally, Canada sent 100 shipping containers of garbage that were mislabeled as recyclable to the Philippines in 2013 and 2014. But only 69 containers remain as 34 others have already been disposed of locally.

Nevertheless, Philippines President Rodrigo Duterte has drawn a line in the sand over the issue, threatening to ship the five-year-old rubbish back to Canada himself if he has to, and – hyperbolically, is the assumption – threatened to go to war over it, too.

“Let’s fight Canada,” he said in April. “I will declare war against them.”

Blaming the missed deadline on red tape, Canada insists it’s working on bringing the garbage home, but it neglected to set an exact date.

From Accuser to Accused

The irony: The ban stems from accusations that the former public prosecutor who was instrumental in the US-backed battle against graft in the corruption-plagued country is herself guilty of financial improprieties involving the purchase of a building for the public ministry and the creation of fake jobs during her time as prosecutor, Agence France-Presse reported.

On Thursday, Aldana dropped out of the race, though she and her supporters maintain that the charges are politically motivated, and some observers see the setback as a signal that the fight against the country’s endemic corruption may be grinding to a halt.

“Thelma Aldana represented the possibility of continuing to affect political actors and structures that had previously been untouchable,” said Stephanie Lopez, a political analyst at the Central American Institute of Political Studies, according to the Washington Post.

Several species of wasps are very aggressive and territorial, but scientists recently discovered that one of them seems to be capable of logical thinking.

Researchers at the University of Michigan published a study highlighting that paper wasps exhibit behavior that suggests they can logically deduce facts based on their own observations, BGR reported.

In an experiment, the stinging pests had to familiarize themselves with color pairs and determine which one of them was the “safe” color. If they touched the wrong color, a small electrical zap would shock them.

The researchers later repeated the same experiment using different colors, and noticed that the insects quickly deduced the safe color on both occasions – despite suffering a few shocks.

The results revealed that wasps might be capable of understanding and reaching logical conclusions to new problems, but it’s too early to tell.

Generally, it’s difficult to prove if an organism can use logic to make decisions, so scientists are hesitant to label the arthropod as “smart.”

“We’re not saying that wasps used logical deduction to solve this problem, but they seem to use known relationships to make inferences about unknown relationships,” study co-author Elizabeth Tibbetts said in a statement.

Outdoor enthusiasts and homeowners may have to think twice next time they deal with these problem solvers.