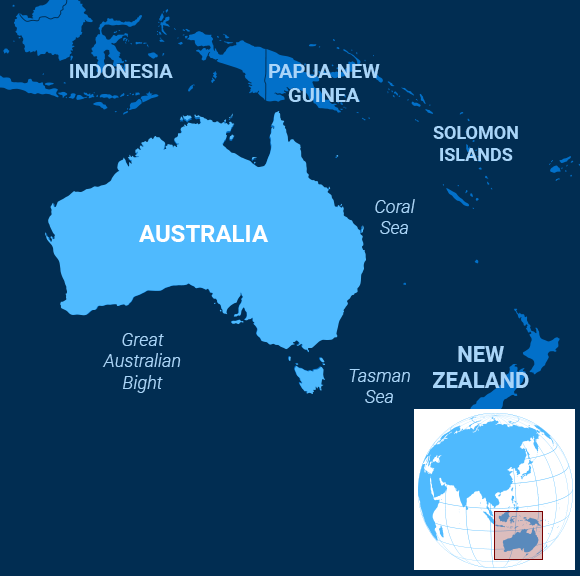 Down Under is showing the rest of the world how climate change can dominate an election without eclipsing other important issues.

In Australia, recent devastating fires and floods and record droughts and high temperatures – in January, during their summer, asphalt roads were melting under the oppressive heat – have catapulted the effects of greenhouse gas emissions to the top of voters’ and candidates’ agendas, CNN explained.

But other secondary issues have become important, too, as Australians debate how to shrink their carbon footprint without drastically altering their lifestyles or wrecking their economy.

First, many Australians want stability, a political climate where they can actually think about pressing problems rather than infighting and scandalmongering. After all, they have had five prime ministers in the past 12 years, Bloomberg explained.

“When I was first elected in 2010, scientists were telling us it was the critical decade,” said Sen. Larissa Waters, a Green Party member, at a forum in Brisbane recently. “It’s nearly the end of that decade and we’ve bloody wasted it.”

Political scientist David Schlosberg of the University of Sydney says there is a host of issues put on the backburner and voters are getting tired of it.

“It’s not only the visibility of increasing threats to environments – fish die-offs, reef bleaching, species extinctions, bushfires,” Schlosberg told the BBC. “But (it’s also) the frustration with a political process and the inability to address real problems that people are experiencing.”

In 2017, Prime Minister Scott Morrison of the ruling Liberal Party, which in fact is conservative, held up a lump of coal in parliament. “Don’t be afraid. Don’t be scared. It won’t hurt you. It’s coal,” he said, according to the Guardian.

But today even Morrison is promoting a “climate solutions fund” that would pay polluters to lower emissions with the goal of reducing the country’s emissions by 28 percent by 2030 under the Paris Agreement on climate change. He would also cut energy prices, however – not exactly the usual recipe for devoting funds to fighting climate change.

Morrison’s rivals in the Labor Party have vowed to reduce emissions by 45 percent in the same time period. They also aim to generate larger budget surpluses than those predicted under Morrison’s budget by reversing tax cuts for the wealthiest taxpayers, Reuters reported.

The prime minister blasted those numbers as “fishy,” the Australian Broadcasting Corporation wrote, reviving a well-worn attack on Labor politicians as tax-and-spend socialists.

One statistic sheds light on how and why Australia can devote time to climate change when other issues – education, the rise of China, etcetera – might understandably hog the spotlight. The country has experienced economic growth for almost 30 years. In that period, it’s never experienced a dip deep or long enough to qualify as a recession and derail its march into the future.

The US ordered all non-essential government staff to leave Iraq and helicopters began ferrying embassy personnel out of Baghdad Wednesday amid concerns that tensions between America and Iran could spiral into outright conflict.

A US government source told Reuters that Washington believes Iran gave its “blessing” to recent attacks on oil tankers and pumping stations belonging to Saudi Arabia and the United Arab Emirates. At present, that means the US believes Iran encouraged the militants who carried out the attacks, rather than playing an operational role, the agency added.

The pullout of government staff comes as US President Donald Trump has sent an aircraft carrier group, B-52 bombers and Patriot missiles to the Middle East to counter the threat Washington perceives from Iran.

Meanwhile, representatives of both the Republicans and Democrats in Congress on Wednesday demanded more information about those purported threats and warned the administration against moving toward military action without first seeking Congressional approval, the Associated Press reported.

State Department officials objected to speculation that the pullout of nonessential staff was a prelude to military conflict, the agency added.

German Chancellor Angela Merkel identified the US along with Russia and China as a rival that Europe must confront as a unified block.

“There is no doubt that Europe needs to reposition itself in a changed world…. The old certainties of the postwar order no longer apply,” Merkel told the German media on Wednesday, according to Newsweek. “They (China, Russia and the US) are forcing us, time and again, to find common positions.”

Among the examples she cited were the dominance of US technology companies like Amazon, Facebook and Google – which Europe has sought to regulate more aggressively than most. But the statement also acknowledges the fissures in NATO following US President Donald Trump’s push to eliminate what he considers freeloading and ongoing negotiations over tariffs on auto parts, the magazine noted.

The Bark, the Bite

The country received an average of 2.1 inches of rain nationwide so far this year, the lowest level since 1982, the official Korean Central News Agency said Wednesday, according to the Associated Press.

Earlier this month, United Nations food agencies said that about 10 million people in North Korea were facing “severe food shortages” after the country had one of the worst harvests in a decade, while in February North Korea’s ambassador to the UN issued an appeal for urgent food assistance.

Apart from the bad harvest and scanty rain, North Korean officials have blamed US sanctions levied in response to its repeated nuclear and missile tests for the food shortage, the agency said. By preventing the country from exporting coal and other products, noted the New York Times, sanctions have deprived the regime of income – in turn reducing its ability to import food.

Cracking the knuckles and joints can feel satisfying, but Josh Hader from Oklahoma nearly lost his life after popping his neck to release some tension.

In March, the 28-year-old ended up in the emergency ward after a neck-stretching movement made him suffer what doctors called a “major stroke,” the Washington Post reported.

“He could have died,” said Vance McCollom, a doctor at Mercy Hospital in Oklahoma City who treated Hader.

McCollom explained that the young man had torn one of his neck’s vertebral arteries – major vessels that supply blood to the brain stem.

Neurologist Kazuma Nakagawa told the Post that a tear in one of those arteries can cause fatal strokes for people in their 20s and 30s, regardless of their health condition.

The phenomenon is quite rare, but there have been cases, such as the death of model Katie May after a trip to the chiropractor led to a tear in a vertebral artery.

Stroke specialists remain unsure about how these tears happen, but Nakagawa speculates that it might be related to the integrity of the blood vessels’ walls, which differs from person to person.

As for Hader, he pulled through the ordeal and is trying to break his neck-popping habit.

“It’s still a struggle, but I definitely don’t want to pop my neck anymore,” he told the Post.