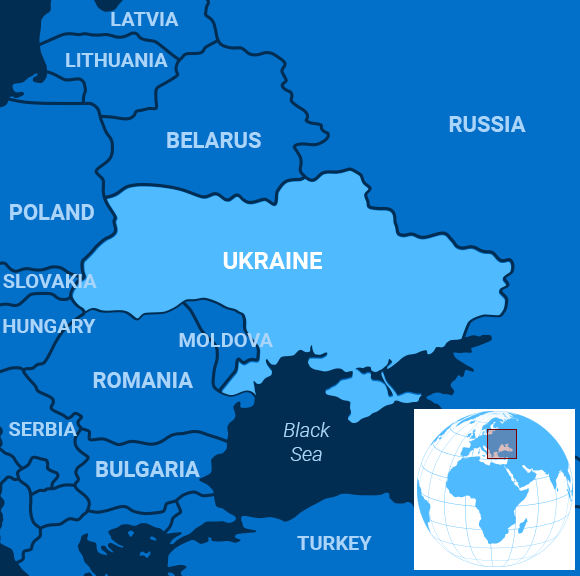 And as Zelenskiy prepares to assume office in June, he’s about to learn that being president on television was a whole lot easier.

Zelenskiy inherits some situations that will help him, argued Maryna Vorotnyuk, a scholar at the Central European University in Budapest, in bne IntelliNews. Poroshenko built up the Ukrainian army and helped convince the Patriarch of Constantinople to grant autocephaly to the new Orthodox Church of Ukraine, for example.

But Ukraine faces big problems, too. Zelenskiy defeated Poroshenko because the former chocolate tycoon had come to symbolize a government where corruption is out of control, the Financial Times explained. The Ukrainian economy is in tatters. Nobody trusts the officials in power. The country is waging war against Russia.

The Kyiv Post reprinted a letter to Zelenskiy from Lenna Koszarny, a financier, saying authorities need to reform the judicial system, make government more transparent, end graft, and devote the savings to funding research and development. “Governments globally spend billions to support innovation in their countries,” she wrote. “Ukraine spends almost nothing yet is naturally abundant in IT talent.”

Already, however, the president-elect faces a political test over perceptions of corruption that could derail that agenda.

The Atlantic Council noted that Zelenskiy’s lawyer, Andrij Bohdan, recently revealed that he has continued to represent Ihor Kolomoisky, a Ukrainian oligarch, while also advising the president-elect. In 2016, under the aegis of the International Monetary Fund, the Ukrainian government nationalized Kolomoisky’s failing bank, spending $5.6 billion to shore up its balance sheet.

How Zelenskiy deals with Bohdan and Kolomoisky while also picking ministers and preparing for elections to the Verkhovna Rada, or parliament, are among his top priorities now, opined Canadian diplomat David Kilgour in the Ottawa Citizen.

Meanwhile, the silliness has already started: The Jerusalem Post reported that Kremlin officials have been denying spreading anti-Semitic conspiracy theories about the new president-elect in Kiev and Moscow.

Big issues, small ones and petty distractions aside, one thing is clear: Zelenskiy’s new job will be harder than the one he had in television.

Duties of 5 percent to 25 percent will take effect on June 1 on about 5,200 American products, according to China’s finance ministry, the Associated Press reported. Stocks plunged around the world on the news.

“We appear to be in a slow-motion train wreck, with both sides sticking to their positions,” said William Reinsch, a trade analyst at the Center for Strategic and International Studies and a former US trade official.

Observers feared that would likely be the case when news broke that China had backtracked on many of the key commitments it had made earlier in the revised draft agreement Beijing sent back to the US before last week’s trade talks. The new tariffs confirm that neither side is ready to blink.

The Road To Somewhere

Indicted by the International Criminal Court for crimes against humanity in 2009, former Sudan President Omar al-Bashir was charged in his home country on Monday with “inciting and participating” in the killing of protesters during the mass protests that lead to his ouster earlier this year, Al Jazeera reported.

Earlier, Bashir had been charged with money laundering and financing of “terrorism.”

Though a committee of doctors estimated that at least 100 people were killed by security forces since protests began in December, the violence did not end with Bashir’s removal. On Monday, at least 10 people were wounded by gunfire near a protest sit-in in the capital Khartoum, Al Jazeera noted.

Meanwhile, a spokesman for the military council that took over from Bashir said the generals had reached an agreement with the opposition on the structure of the transitional authority and the two sides would continue talks Tuesday on the composition of the sovereign council, the cabinet and the legislative body.

Swedish prosecutors reopened a rape case lodged against Wikileaks founder Julian Assange at the request of the alleged victim, a month after his asylum was revoked by Ecuador.

The Swedes have said they will seek Assange’s extradition after he completes a 50-week prison sentence in London for jumping bail in 2012, which could complicate US efforts to extradite him on hacking-related charges, Slate reported.

Assange had been living in Ecuador’s London embassy since 2012 to avoid extradition, but Ecuador revoked his asylum and invited British police into the embassy to arrest him.

While he faces charges of helping army intelligence analyst Chelsea Manning hack into a Pentagon computer in the US, the rape charge stems from a 2010 visit to Sweden during which two women lodged complaints against him as detailed in this report from the Guardian.

The rape charge expires in August 2020, which could easily happen if Assange is extradited to the US. Moreover, the UK may see the Swedish request as a way to avoid the more politically fraught decision to turn him over to US authorities.

In the Harry Potter franchise, the magical community remains hidden from the rest of the world.

In the real world, however, Romanian witches are respected and feared, and have a huge online presence on social media, according to Wired magazine.

Thanks to the Internet, the witch community, or vrajitoare, has been able to livestream their ancient practices and video chat with international clients who seek their charms – or curses.

The vrajitoare are recognized as professionals in the Eastern European country, and many are business-savvy when negotiating with clients. They also pay income taxes.

But apart from that, the craft is exclusive to women who either have the “gift” from God or have been trained since the age of seven.

Most witches keep a strictly personal business, but there are some who want to use magic and the power of the web to create bigger positive impacts, such as cursing corrupt Romanian officials or charming the upcoming elections for the European Parliament.

“We will continue this ritual on the 25th of May,” witch Mihaela Minca told Reuters. “We will do a powerful ritual against the Romanian government, so on the 26th when the European elections are taking place we will cast our spell for the good of the country.”