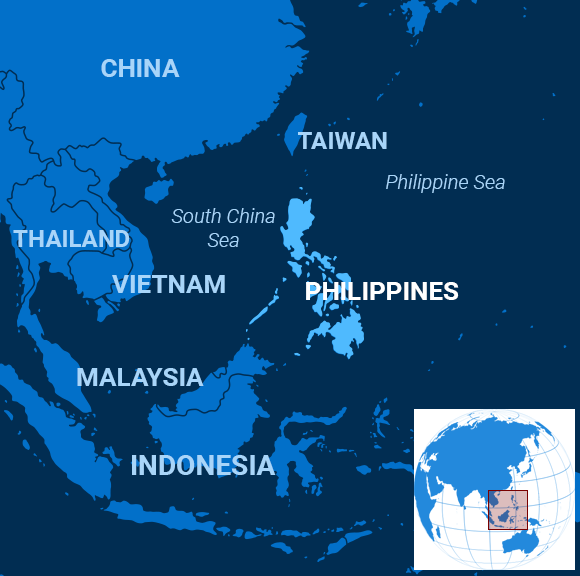 He’s blamed beautiful women for cases of rape and suggested he should have been the first to assault an Australian missionary during a prison riot. He’s cracked down on drug trafficking, killing more than 5,000 people in the process.

He’s even threatened to beat up priests and bishops in a devotedly Catholic country where the pious re-enact the Crucifixion – complete with nails driven through their hands – during Holy Week.

Now the president of the Philippines, Rodrigo Duterte, faces midterm legislative and local elections on May 13 that many will interpret as a judgment on his job performance since he assumed office three years ago.

“Philippine elections are normally characterized as more personality driven, rather than program or party based,” political scientist Maria Ela Atienza of the University of the Philippines told Voice of America.

Currently, Duterte’s allies are forecast to retain control of the East Asian country’s Senate and House of Representatives, noted Bloomberg. But he still might not win the majorities he needs for his ambitious agenda.

The president has proposed changing the government from a unitary to federal model and cutting corporate taxes. Both measures are designed to spread the wealth throughout the country’s fast-growing economy.

The political climate in the country is heated.

Many Filipinos support Duterte’s tough-on-crime agenda. Others are frustrated that he isn’t tackling important issues, like a water shortage in the capital of Manila, rising inflation, and China’s claims to supposedly Filipino territory in the South China Sea.

Critics claim that Duterte’s supporters are spreading misinformation about progressive candidates who have blasted the president’s record. Others, in turn, have alleged that Duterte and his family are involved in the narcotics trade, CNN reported. The identity of the accusers has not been confirmed, and the president has denied the claim.

Election-related violence, including shootings, has already flared up, claiming 14 lives and causing 22 injuries, reported the Sun Star, a local English-language newspaper. Authorities have banned liquor sales the day before election day as well as the day of the vote.

Even if Duterte allies win all the seats he needs, his victory might be Pyrrhic, wrote the Diplomat. He might be able to squelch the opposition, but he won’t likely be able to stamp out infighting and dissent among his supporters if they widen their margin of control in the legislature. The Philippines has a history of elevating, then tearing down, dictatorial rules, too.

Some say Duterte might come to later regret what he wished for.

Cuba announced measures to ration food and other essentials to cope with shortfalls resulting from the hardening of the US trade embargo and the plunge in aid from Venezuela, which is in the throes of its own economic and political crisis.

The shipments of subsidized oil that Cuba receives from Venezuela – which it uses for fuel and sells to earn hard currency – have plummeted by nearly two-thirds since the collapse of Venezuela’s state-owned oil company, the agency said. It was this subsidized oil that effectively rescued Cubans from the economic collapse the island suffered after the fall of the Soviet Union.

But Cuba still relies on imports for around two-thirds of its food supply at a cost of more than $2 billion a year. Diaz said the cost of those imports has increased due to the stiffening of the US embargo.

It is the 13th bailout Pakistan has received since the late 1980s, and once it’s approved in Washington, the deal would compel Islamabad to make various reforms to its tax system and reduce public debt, Reuters reported. According to the IMF statement, Pakistan also agreed to accept a “market-determined” exchange rate for the rupee – a key sticking point during negotiations.

After his election in 2018, Prime Minister Imran Khan had sought to avoid going to the IMF – and accepting its strictures – by seeking loans from allies including China, Saudi Arabia and the United Arab Emirates. But those hopes were dashed as inflation continued to rise and the country’s foreign exchange reserves continued to dwindle.

The first full day of the withdrawal of Houthi rebel troops from three key Yemeni ports on the Red Sea went “in accordance with established plans,” the United Nations said, though an official from Yemen’s internationally recognized government accused the rebels of “deception.”

The Houthis began to withdraw from the key port of Hodeidah and two smaller ports Saturday as part of a ceasefire deal reached in Sweden in December, Al Jazeera reported. The withdrawal is seen as an important first step in working out a broader deal to end the civil war, which broke out in 2014 when the Houthis seized the capital, Sanaa.

While a UN official said UN observers verified the handover to the coast guard, the information minister of the internationally recognized government accused the rebels of subterfuge, saying via Twitter, “What the Houthi militia did is a repeated theatrical play of handing over control of the port to its own forces (in different uniforms).”

Even if the withdrawal is genuine, others caution, there’s a very long way to go before the fighting stops nationwide.

The Challenger Deep, located in the Marianna Trench in the Pacific, is one of the deepest points on Earth.

It’s more than 36,000 feet below the ocean surface and has extreme pressure levels, so it’s not one of the most habitable places on the planet.

But this doesn’t bother the shrimp-like Hirondellea gigas, according to Science Magazine.

The tiny crustaceans are able to live in these harsh conditions thanks to their ability to generate aluminum suits of armor.

Ocean water is not abundant in aluminum, but ocean sediment is. Scientists theorize that the creatures get their metals from ingesting sediment while feeding.

In their study, they observed that chemicals from the crustacean’s gut react with sediment from the Challenger Deep, releasing aluminum ions in the process.

Once these ions come in contact with seawater, they transform into an aluminum hydroxide gel that covers the critter’s exoskeleton, preventing it from disintegrating under the powerful pressures.

The armor is just one part of their survival package, however.

Back in 2012, marine researchers reported that H. gigas fed on wood coming from sunken plants and ships that have fallen to the bottom of the sea.

The oceans’ deepest spots remain a mystery, but it’s refreshing to know that they are populated by armored janitors.