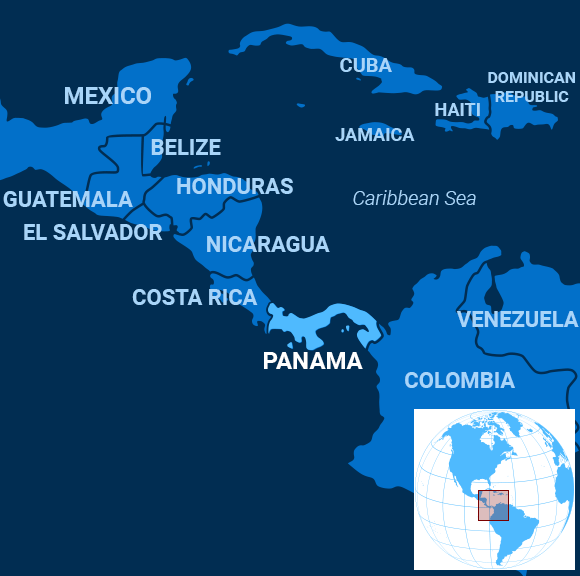 The Swamp Along the Canal

Laurentino Cortizo is the current front-runner in Panama’s presidential election, set for May 5. He has a curiously negative pitch.

“I aspire to become president of this country firstly to defend Panama’s interests, which means not stealing,” said Cortizo in a profile in Americas Quarterly.

When a serious candidate makes a statement like that, one has to wonder whether it’s too late to do anything at all about corruption in the Central American country.

Many Panamanian voters appear to have pondered the same question and come to the conclusion that throwing the bums out of office is probably the best way to proceed.

An anti-establishment fervor has taken hold of the country in response to rampant graft in government and the country’s role as an offshore financial center for stashing illicit gains, as detailed in the Panama Papers, a trove of leaked documents that journalists around the world used to expose how local law firms enabled tax cheats.

The hashtag #NoALaReeleccion, or “No to Re-Election,” is plastered on new political candidates’ campaign materials, scrawled on walls and printed on T-shirts, Bloomberg reported. An image of a rat, a symbol for incumbents, usually accompanies the text.

The anger stems from the staggering sums insiders have absconded with from an economy where per capita income was $25,400 in 2017. Economic growth has fallen to around 5 percent in recent years, higher than the regional average but down from a few years ago. Almost 20 percent of the population lives in poverty.

Meanwhile, corruption likely gobbled up around $600 million during the presidency of Ricardo Martinelli between 2009 and 2014, according to the Associated Press. The US extradited Martinelli to Panama last year so he could face political espionage and embezzlement charges.

Two of Martinelli’s sons and three of his ministers allegedly were among those receiving a total of $59 million in bribes from Odebrecht, a Brazilian construction firm that is embroiled in bribery scandals throughout South America, wrote Agence France-Presse.

Incumbent President Juan Carlos Varela, a millionaire businessman who can’t run for a consecutive term, once promised to “put the people first,” wrote Global Americans. But he admitted his campaign received $700,000 from Odebrecht. Tainted, his popularity dropped from 80 percent when he took office in 2014 to less than 20 percent today.

But the candidates seeking to replace Varela are offering only a “centrist porridge,” wrote the Economist. Perhaps because Panama, with its eponymous canal, has long been business friendly, the political class doesn’t propose shake-up-the-system policies like right- and left-leaning leaders in Argentina, Brazil and Mexico, the magazine speculated.

Maybe the candidates only stand to lose if their reforms succeed.

Fighting escalated in the Libyan capital this week even as the United Arab Emirates said that “extremist militias” control Tripoli while lawmakers from the internationally recognized government  holding on to the capital furiously fought that charge.

The UAE and Egypt are backing military strongman Khalifa Haftar, whom they see as a bulwark against Islamist extremism in Libya. Still, several members of the UN-recognized Government of National Accord were outraged by the claims of the UAE’s minister of state for foreign affairs, Anwar Gargash, Al Jazeera reported.

Staging a meeting in the besieged capital to condemn Haftar’s offensive, lawmakers including Aisha Shalabi rejected the UAE claim without mentioning the Gulf country by name. “Which terrorism are you speaking about?” Shalabi asked. “[We] fought it in Sirte … If you speak about militias, they are our sons who toppled Gaddafi,” she said.

Located between Tripoli and Benghazi, Sirte was occupied by the Islamic State before the terror group was driven out by Libyan militias.

Since Haftar’s assault on Tripoli began, 376 people have been killed and 1,822 wounded, according to the United Nations, and more than 45,000 people have fled their homes.

In 2014, Libya split into rival administrations. The conflict in Tripoli is pushing aside UN plans to hold elections to produce a national government and parliament, and resolve the divisions.

The United Kingdom’s climate panel outlined radical changes to everything from the way people heat their homes to the way they eat as part of a plan to eliminate almost all greenhouse gas emissions by 2050.

Existing plans “must be urgently strengthened” because “current policy is not enough even for existing targets,” the Committee on Climate Change said, the Associated Press reported.

The advice comes after a visit by teenage climate activist Greta Thunberg and 10 days of protests by the Extinction Rebellion group that paralyzed London, ratcheting up pressure on Prime Minister Theresa May to take bolder steps.

The panel’s recommendations included convincing people to eat less meat and dairy, reducing energy consumption, increasing the electrification of the economy and making a stronger push for improving carbon capture, among other measures.

Environmental groups applauded the recommendations, which they said showed reaching net-zero emissions is feasible, as well as necessary. But it remains to be seen how aggressively the government will act on the proposals.

The Pentagon warned that China’s economic activities in the Arctic could lead to a greater military presence – including the deployment of submarines as a nuclear deterrent – a few days before US Secretary of State Mike Pompeo is set to attend the meeting of the eight-nation Arctic Council in Rovaniemi, Finland.

The Pentagon also noted that Denmark has expressed concern about China’s interest in Greenland, where Beijing is keen to establish a research station and a satellite ground station, as well as renovate airports and expand mining.

“Civilian research could support a strengthened Chinese military presence in the Arctic Ocean, which could include deploying submarines to the region as a deterrent against nuclear attacks,” the Pentagon report said, noting that China’s military has made modernizing its submarine fleet a high priority.

Snakes flick their tongues out when picking up scents, but scientists recently discovered that humans have something akin to that – minus the flicking.

Researchers at the US-based Monell Chemical Senses Center have found smell receptors in the taste-sensing cells in the tiny bumps on the tongue called papillae.

According to senior study author Mehmet Hakan Ozdener, the research suggests that the process of detecting flavor, which involves mixing smell and taste signals, may start in the tongue instead of the brain.

The research team conducted several genetic and biochemical tests, which showed that taste cells reacted the same way as cells that pick up scents, Newsweek reported.

This doesn’t mean, however, that humans can now “sniff” with their tongues, says Ozdener.

“I am not saying that (if you) open your mouth, you smell,” he told the Guardian.

Indeed, the cells also work differently than the snake’s creepy tongue: The reptiles’ forked flickers pick up odor molecules, which are then sent to and processed in special organs in the mouth.

“This may lead to the development of odor-based taste modifiers that can help combat the excess salt, sugar and fat intake associated with diet-related diseases such as obesity and diabetes,” said Ozdener.