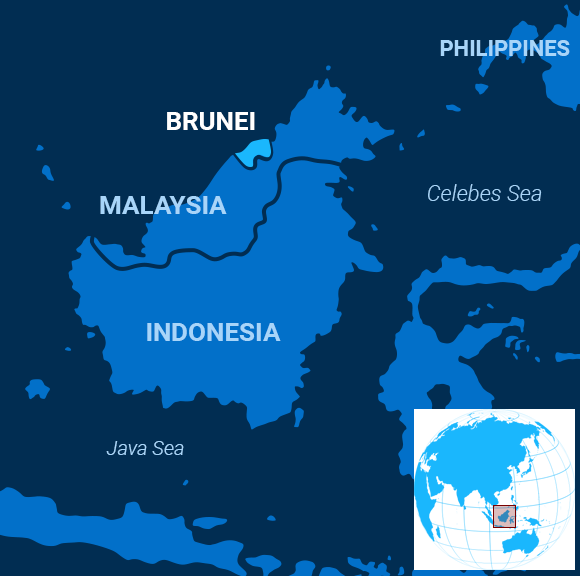 Of Rolls Royces and Executions

The LGBTQ community in Brunei faces punishments that can only be described as medieval.

“I thought I would not be accepted, I would be outcast by my family, I would be sent to religious counseling, to help me change,” said an anonymous Bruneian gay man who spoke to CNN. “But it was worse than I thought because of the stoning. It made me feel that if that comes to reality, I might as well just leave.”

Under the law, the BBC explained, the sentence for those convicted of either crime is death by stoning. Lesbian sex carries a penalty of 40 cane strokes or a prison term as long as 10 years. The law also included other draconian punishments, like amputation for theft, and death for insulting the Prophet Muhammad.

The law reflected the harsh Islamic rule of Sultan Hassanal Bolkiah, 72, reported the New York Times, noting that the wealthy ruler’s praise of Sharia law was at “odds with the royal family’s opulent lifestyle.”

While making life miserable for his gay subjects, he bought a gold-plated Rolls Royce and other rare cars, built a polo complex that includes 100 ponies and a stud farm, and constructed a 1,788-room palace that is the largest private residence in the world. Michael Jackson performed at his 50th birthday.

Cases of Bruneians seeking asylum in other countries due to the law are already garnering attention. The United Nations and others condemned the law as cruel and unusual.

Responding to European concerns, Brunei officials wrote a letter to the European Parliament arguing that the evidentiary standards for sentencing a man to death for intimate relations with another man are quite high, likely making convictions rare, the Washington Post reported.

George Clooney didn’t care. The American actor is spearheading a campaign to boycott hotels that the sultan owns, the Los Angeles Times wrote, including the Beverly Hills Hotel. The campaign is picking up steam. The Guardian noted that critics are calling on the London Evening Standard, a newspaper, to move an awards ceremony from the Dorchester hotel in London.

“Every single time we stay at or take meetings at or dine at any of these nine hotels we are putting money directly into the pockets of men who choose to stone and whip to death their own citizens for being gay or accused of adultery,” Clooney said.

Incidentally, Brunei is close to Indonesia and Malaysia – both religiously diverse and moderate. Brunei, however, has over the past decade, become more conservative, banning alcohol, for example, CNN reported.

Many in the LGBTQ community are leaving, like Shahiran S. Shahrani, who fled to Canada.

“I never expected this to go this far – I knew that Brunei always wanted to have Sharia law,” Shahrani told CNN. “But I just can’t imagine living under Sharia law. Being gay in Brunei was difficult enough without Sharia law…. It’s hard to think that just being who you are could get you stoned to death.”

Spain’s ruling Socialist party won the most seats in Sunday’s parliamentary elections, but it failed to win a majority or stave off the rise of Vox – which became the first far-right party to win seats in parliament since the end of the military dictatorship in the 1970s.

In what was the country’s third election in four years, Prime Minister Pedro Sánchez’s Socialists won 123 out of 350 total parliamentary seats with 29 percent of the vote, the BBC reported.

That’s a tick upward from the 23 percent vote share his party earned in 2016. But even with the 42 seats won by former coalition partner, Podemos, Sánchez remains 11 seats shy of forming a government – which means he might need the help of the Catalan separatists who triggered the polls by withdrawing support for the previous government last month.

Meanwhile, Vox tallied a vote share of more than 10 percent, gaining 24 seats, and the conservative Popular Party saw its support plummet – ending with just 66 seats compared with 137 in the previous parliament.

Sri Lankan security forces raided the headquarters of the Islamist group founded by the man suspected of masterminding the Easter bombings of churches and hotels on Sunday, two days after the alleged ringleader’s father and two brothers were reportedly killed in a gun battle with the military.

Armed police in the town of Kattankudy searched the headquarters of the National Thawheed Jammath (NTJ) and detained one man at the premises on Sunday after the government banned the outfit under the country’s new emergency laws a day earlier, the UK’s Guardian newspaper reported.

Police said the father and two brothers of the group’s founder, Zahran Hashim, whom Sri Lankan authorities say planned the suicide bombings, were killed in a fierce gun battle with the military on the east coast on Friday, Reuters reported.

The news comes as the country prepares for the implementation of a ban on face coverings, which goes into effect Monday.

The second cyclone to strafe Mozambique this season has put about 160,000 people at risk, with raging floods already threatening to cut off the northern region’s main city and days of torrential rain in the weather forecast.

It’s the first time in recorded history that two cyclones are hitting Mozambique in the same season, raising concerns about the impact of climate change on such weather events, the Associated Press reported. But of more immediate concern are the fears that twice as much rain could fall in Kenneth’s aftermath as fell during Idai.

The government said more than 160,000 people have been affected in the largely rural region, while more than 35,000 homes in Mozambique’s northernmost province of Cabo Delgado were damaged or destroyed.

The slime mold Physarum polycephalum lacks a nervous system, yet it appears to have some street smarts.

Scientists knew the single-celled organism – basically a big amoeba with multiple nuclei – was capable of learning about substances it encounters and sharing that knowledge with its fellow molds.

In a new study, a team of biologists say they have figured out how the organisms do this: They absorb substances into their veins, then fuse veins with other slime mold cells to communicate, Science Alert reported.

The team conducted several experiments with P. polycephalum samples in the presence of salt – which they don’t like but doesn’t hurt them. In one experiment, slime mold samples had to cross an agar path to reach food. Some trained on a salty path, while a control group trained on a salt-free path.

After six days of training, both groups had to cross a salty bridge to reach the food. The salt-conditioned group got there faster, showing they had “learned” the salt wouldn’t hurt them.

In another experiment, the scientists observed that molds injected with a salty solution would act similarly to those that had been conditioned to the foreign substance.

And to top it off, the team noted that when environmental conditions become harsh, slime molds can lie dormant and hold onto their memories for an entire month.

For a brainless single-celled organism, it’s really smart. Watch it figure out this maze puzzle.