We are happy to announce that the audio version of DailyChatter is available again, following the resolution of technical problems. Thank you for your patience. 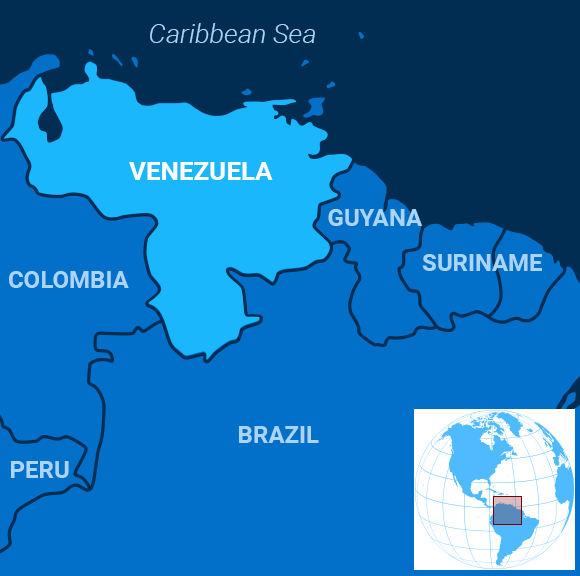 Manuel Gonzalez has been sleeping in a park in Riohacha, Colombia, with his 3-year-old son lately. “I beg for food,” the 42-year-old Venezuelan told New York Times columnist Nicholas Kristof. “At least I can get food here. I may be sleeping on the ground, but it’s better than over there in Venezuela.”

Gonzalez is among the 3 million refugees that the United Nations estimates have fled Venezuela under the corrupt and incompetent regime of President Nicolas Maduro.

The exodus is the latest example of the internationalization of the Venezuelan crisis.

The Atlantic described the policy as one of “gradual economic strangulation.” But the magazine was not sure it would work.

Russia has vowed to continue helping Venezuela economically and militarily, Newsweek wrote. Iran has even floated the possibility of sending a detachment of the country’s elite Revolutionary Guard to help defend Maduro.

China and India continue to buy oil from Venezuela with foreign currency that is vital to Maduro’s success.

American attempts to discourage those efforts, as well as policies seeking to curb Chinese and Indian imports of Iranian oil, could backfire by hiking prices at gas pumps in the US, analysts told the New York Times.

Those pushbacks against American pressure are one reason Maduro remains in power and can continue to crush his critics, for example, when he banned the leader of the Venezuelan opposition, Juan Guaido, from running for office for 15 years.

If the Venezuelan military opted to withdraw its support of Maduro, he might lose power, but such a shift doesn’t appear likely, New York magazine noted. Still, the president is hedging against such a scenario. He’s expanding the paramilitary forces that directly serve him and act as intimidators or death squads at his behest.

Maduro also turns defeats into victories. After insisting the country didn’t face a humanitarian crisis despite empty supermarket shelves and shortages of medical supplies, the BBC reported, he recently let the Red Cross into the country. The move might have been equivalent to opening a safety valve, preventing an explosion.

The question is, how long can that safety valve work? And, if not much longer, how many more tricks do Maduro and his friends have up their sleeves to keep him in power?

The Islamic State on Tuesday claimed responsibility for the deadly Easter Sunday bombings in Sri Lanka, while the president vowed to oust the senior officials who failed to act on warnings received before the attacks.

In claiming responsibility for the coordinated bombings, the Islamic State distributed a video online that appears to show the extremist Sri Lankan officials suspect of having led the attacks leading masked disciples as they pledge allegiance to the terrorist group, the Wall Street Journal reported. However, it noted that there is no evidence Islamic State did more than provide encouragement for the attacks – as it has for other terror groups worldwide.

Sri Lanka’s chief suspect, Mohammed Zaharan, is the leader of a local group that has not previously engaged in serious violence, prompting analysts to speculate that an international group provided logistical support.

Meanwhile, in his first address to the nation following the attack, President Maithripala Sirisena admitted that ignoring warnings of the attacks represented “lapses on the part of defense officials” but claimed that he was “not kept informed” about the warning.

The New IRA apologized for the killing of a journalist in Northern Ireland in Londonderry last week, acknowledging for the first time that a member of the militant Irish nationalist group was responsible for the shooting.

On Thursday, 29-year-old Lyra McKee was shot dead in Londonderry during an attack by Irish nationalist youths on the police following a raid, Reuters reported, citing police as saying McKee was hit when a gunman fired on the officers. Police have so far arrested a 57-year-old woman and two young men, both released over the weekend.

The incident, which followed a car bombing in January that was also blamed on the New IRA, has raised fears that otherwise marginalized militant groups have been energized by Britain’s decision to leave the European Union.

The New IRA is one of several small fringe groups that still oppose Northern Ireland’s 1998 peace deal, after which the much larger Irish Republican Army (IRA) disarmed.

As rich countries battle a growing threat from measles resulting from spurious reports on the dangers of vaccinations, Malawi became the first country to begin inoculating children against malaria with the only licensed vaccine developed to fight the endemic disease.

The vaccine only prevents about a third of those who receive it from getting malaria. And when immunization fails, those infected are likely to get less severe cases of the disease, the Associated Press reported.

Worldwide, the mosquito-borne illness kills around 435,000 people a year, most of them children under five who live in Africa.

The vaccine, known as Mosquirix, was developed by GlaxoSmithKline and was approved by the European Medicines Agency in 2015. Despite its limited efficacy, independent medical experts suggest it has the potential to save tens of thousands of lives as the World Health Organization rolls out similar vaccination programs in Kenya and Ghana, aiming to inoculate about 360,000 children per year across the three countries.

Future heart-transplant patients may be saying goodbye to donated organs, and hello to 3D-printed ones.

“This is the first time anyone anywhere has successfully engineered and printed an entire heart replete with cells, blood vessels, ventricles and chambers,” senior study author Tal Dvir said in a statement.

In their study, researchers separated the cells from a patient’s fatty tissues and reprogrammed them to become stem cells with the ability to differentiate into heart cells.

The remainder of the tissue’s contents was turned into hydrogels, which were then combined with the new cells to create an entire heart – although a small one.

“At this stage, our 3D heart is small, the size of a rabbit’s heart,” said Dvir.

The researchers believe, however, that with more tinkering they could develop a full-sized and functioning human ticker.

The main takeaway of this study is that it may someday help in the battle against heart disease and solve the problem of organ rejection after a transplant.

“The biocompatibility of engineered materials is crucial to eliminating the risk of implant rejection, which jeopardizes the success of such treatments,” according to Dvir.