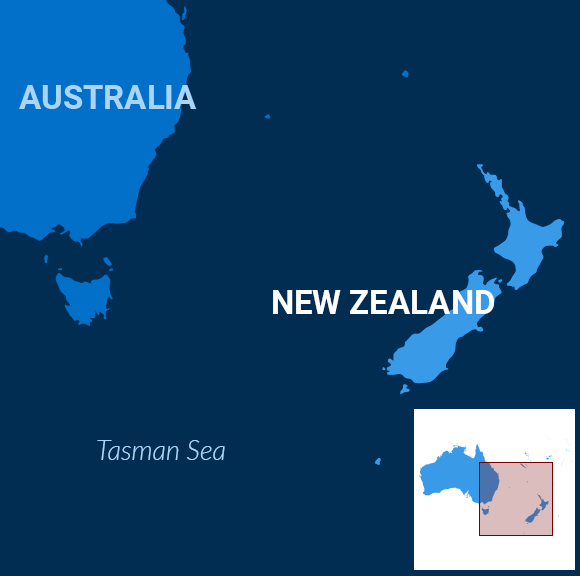 Americans know too well the toll of mass shootings.

So some of the talk after a white nationalist attacked two mosques in New Zealand on March 15, killing 50 worshippers, was familiar to US citizens.

“Why did New Zealand intelligence fail to catch attack suspect?” was the headline in Al Jazeera, revisiting a line of inquiry that’s commonplace after such a tragedy.

Security in the country remained heightened more than a week after the incident out of fear of copycats – a precaution that reflected best practices in the wake of mass shootings, Prime Minister Jacinda Ardern told Radio New Zealand.

Sure enough, a hater inspired by the shooting spree attempted to burn down a mosque. But it happened in Southern California rather than Down Under, highlighting the interconnectedness of the world today, the Washington Post reported.

Still, some of the consequences for New Zealanders after the attack there might surprise Americans.

Less than a week after the shootings, the government banned military-style semi-automatic weapons, assault rifles and high-capacity magazines.

“On 15 March our history changed forever. Now our laws will too,” Ardern said at a news conference that CNN covered. “We are announcing action today on behalf of all New Zealanders to strengthen our gun laws and make our country a safer place.”

Ardern exhorted people not to speak the shooter’s name, a tactic designed not to hype his hateful views, wrote Time. The Associated Press reported that the country’s chief censor prohibited the possession or publication of the shooter’s 74-page manifesto, with the goal of cutting his legacy off at the knees.

Those policies raise serious questions about the right to self-defense and free speech. A petition arose against the gun ban. But they also illustrate action.

Ardern wore a headscarf while meeting members of the Muslim community, a sign of respect. It didn’t seem like a political stunt. Women across the Pacific archipelago nation did the same.

“Why am I wearing a headscarf today?” Bell Sibly told the Australian Broadcasting Corporation. “Well, my primary reason was that if anybody else turns up waving a gun, I want to stand between him and anybody he might be pointing it at.”

Salon mused about whether Ardern’s gender was the secret to the Kiwis’ decisive but humane response to the heartbreak. That may or may not be true, but sympathy rather than revenge was the order of the day.

Zuzana Čaputová was elected Slovakia’s first female president after a campaign focused on humanism, solidarity and truth that she said proves “you can win without attacking your opponents.”

The 45-year-old lawyer and anti-corruption crusader won the largely ceremonial post with 58.4 percent of the votes in Saturday’s poll and will take office in June, the UK’s Guardian newspaper reported. In Slovakia, the prime minister is responsible for running the government.

“I am happy not just for the result, but mainly that it is possible not to succumb to populism, to tell the truth, to raise interest without aggressive vocabulary,” she told a crowd of supporters in the capital of Bratislava.

After beating all candidates in the first round, Čaputová handily defeated rival Maroš Šefčovič in this weekend’s runoff, showing that his center-left Smer’s drift toward rightwing populist rhetoric was ineffectual in swaying voters.

While Čaputová spoke of the importance of “humanism, solidarity and truth”, Šefčovič had attacked her liberal views on LGBT rights and abortion legislation and appealed to voters “who insist that Slovakia remain a Christian country,” the paper noted.

Cracks in the Façade

Turkish President Recep Tayyip Erdogan’s party looks to be facing its first significant electoral losses in the decade and a half since he came to power, likely losing local elections in Ankara and possibly Istanbul on Sunday.

Overall, his Justice and Development Party finished around 15 points ahead of the opposition Republican People’s Party in districts nationwide, Erdogan pointed out, according to the New York Times.

But he is facing defeat in the capital Ankara and possibly Istanbul, the country’s business center and his hometown, for the first time, suggesting that Turkey’s economic woes and his crackdown following a failed coup attempt have dented his popularity after all.

Erdogan’s candidate was reportedly in a neck-and-neck battle with the opposition’s man in the Istanbul mayoral race as polls closed. But opposition candidate Ekrem Imamoglu insisted he’d won by a large margin.

If that’s true, it would be a “nuclear defeat for Erdogan,” said Soner Cagaptay, director of the Turkish Research Program at the Washington Institute for Near East Policy. But even losing Ankara alone will send a strong signal.

Thousands of pro-democracy activists rallied in Hong Kong Sunday to protest proposed changes to Hong Kong’s extradition law that would allow suspects to be sent to mainland China.

Business and human rights groups say the changes could hurt the city’s attractiveness as a financial hub for international business, while the large turnout for Sunday’s protest illustrated how serious pro-democracy activists view the threat, the Associated Press reported.

Police estimated that around 5,000 people joined the protests, while participants said at least 10,000 turned out.

At present, Hong Kong does not have an extradition agreement with China or allow suspects to be extradited there because of concerns over the mainland’s poor record on legal independence and human rights. But the proposed changes would expand the scope for the transfer of criminal suspects to China and remove the legislature’s right to scrutinize individual extradition decisions filed by Hong Kong’s chief executive.

The official line to describe Hong Kong’s relationship with China is still “one country, two systems.” But to many, it feels like the opposite.

Primates and humans are able to use facial expressions to signal their emotions in social interactions with their companions.

Scientists have discovered that Southeast Asia’s sun bears are also capable of this feat, the New York Times reported.

In a recent study, researchers monitored the daily lives of 22 sun bears held in a rehabilitation center in Malaysia.

They noticed that the furry creatures would use several facial expressions to show emotions to their playmates, such as opening their mouths wide and baring their teeth. And when one bear made such an expression, another would mimic it almost instantly.

Study co-author Marina Davila-Ross explained that the bears weren’t just showing “an emotional outburst,” but rather trying to communicate with each other.

This is an unusual behavior, since sun bears are very solitary creatures, and facial mimicry has been primarily observed in social animals.

The researchers are unclear as to what the bears are saying to each other but speculate that they are probably bonding.

“It may help to strengthen social bonds between the interacting individuals,” said Davila-Ross.

The team hopes to learn more about each bear’s unique behavior, in order to determine which are good candidates to be released to the wild.

Questions? Write to us at [email protected]lychatter.com.