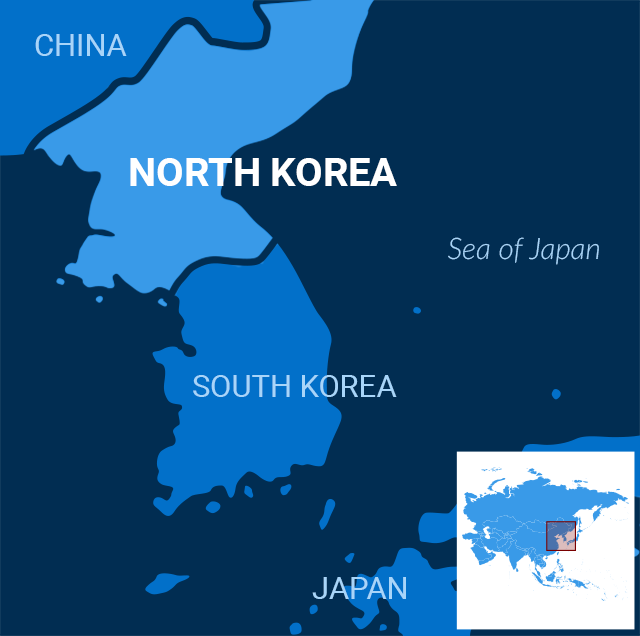 No Checks, No Balance

They weren’t a democratic exercise. The last time voters headed to the polls in 2014, according to the Korea Times, a daily based in Seoul, dictator Kim Jong-un and his allies won 100 percent of the vote.

“Candidates normally win seats in uncontested elections and the legislature rubber stamps decisions already made by the ruling Workers’ Party of Korea, headed by Kim,” wrote the Kyodo News agency in Japan.

Some say the charade of nonconsequential elections provides context for the absurd theater that Kim presented to his people and the world recently.

President Donald Trump’s recent summit with Kim collapsed even though the US appeared to be ready to tolerate a nuclear-armed Hermit Kingdom. The Atlantic noted that even if Kim shut down his nuclear labs as the Americans wanted, he’d still have nuclear warheads and missiles. But Kim wanted to keep his research going and for the US to lift sanctions.

Some analysts were more positive about the results of the supposedly failed summit than major media outlets might have indicated.

“Each side put enough on the negotiating table for the makings of a deal,” wrote Leon Sigal, an Asia analyst, in a commentary on 38 North, a news website devoted to North Korea that’s published by the Henry L. Stimson Center. “The need now is to resume talks – the sooner the better, perhaps with South Korea’s help – with the aim of having both sides offer a little more for a little more.”

But after the two leaders returned home, Kim again showed that he had little interest in peace.

North Korean hackers have also continued to target key government, financial, telecommunications and energy systems in the US and elsewhere – though often not with the aim to gather intelligence but to steal cash, CNN wrote.

Perhaps they need money because they are hungry. The United Nations recently estimated that food production in North Korea fell to the lowest level in a decade. Around 11 million people, or 44 percent of the country, are undernourished.

Rather than cutting all unnecessary costs in order to feed his people, Kim pays Russian scientists to keep the embalmed corpses of his father and grandfather looking good for visitors to the Kumsusan Palace of the Sun, a monument to the Kim family’s “cult of personality,” Reuters reported.

That’s how politicians act when they don’t answer to voters.

An Ethiopian Airlines flight sometimes called a “UN shuttle” – because so many United Nations workers take it – crashed Sunday, killing all 157 people on board.

At least 19 UN workers died in the crash, the New York Times reported. More broadly, those killed included at least 32 Kenyans; 18 Canadians; nine people from both Ethiopia and France; eight each from the United States, China and Italy; and seven from Britain, the paper said.

Traveling from Addis Ababa to Nairobi before it plunged to earth, the aircraft was the second of Boeing’s new 737 Max jets to crash in less than a year, drawing fresh scrutiny to the design that was also implicated in the Lion Air disaster that killed 189 people in Indonesia in October, the Times reported separately.

The model has been Boeing’s best-selling plane ever. As of January, the company had delivered more than 350 737 Max jets to customers at as much as $120 million apiece. But the two crashes have already prompted some airlines and safety officials to ground planes.

Heavy fighting broke out Sunday as US-backed forces attacked the last Islamic State stronghold remaining in Syria, saying that the deadline to surrender has passed.

Beginning about 6 p.m. local time, the Syrian Defense Forces launched airstrikes and began raining mortar fire on Baghouz, a town on the banks of the Euphrates River near the Syria-Iraq border, CNN reported. SDF spokesman Mustafa Bali said on Twitter that its planes were targeting weapons depots.

Earlier, Bali tweeted that “the timeline … for ISIS to surrender themselves is over” and that SDF forces were ready to “finish what is left in ISIS hands,” CNN noted.

A half-mile square area remained under the control of the militants when the attack began, but it was unclear how many fighters or civilians were pinned down. Before the start of the offensive last month, SDF had estimated that only about 1,500 civilians and 500 militants remained. But it soon became clear that the number of jihadists was significantly higher – as about 500 fighters surrendered on Tuesday.

Former Catalan president Carles Puigdemont will run in the upcoming May 26 European Parliament elections as the leading candidate of Junts per Catalunya (JxCat) from his self-imposed exile in Belgium – but it’s not clear what might happen if he wins.

Having fled Spain in 2017 after Madrid squashed Catalonia’s unilateral declaration of independence, Puigdemont faces charges of rebellion in Spain and would be arrested should he return home, Reuters reported.

But Spanish media have reported that the country’s laws would require him to do just that if he wishes to be sworn in as a member of the European Parliament.

That could make his candidacy akin to a publicity-building exercise to suggest there is strong backing for his pro-independence stance at home: In December 2017, he unsuccessfully ran to become Catalonia’s regional president – which Spanish courts said could not be done from outside the country.

Meanwhile, the trials of 12 other separatists on charges of rebellion and violating court orders began last month, sparking massive protests.

Humans might be soon saying goodbye to flashlights – and probably saving electricity.

Scientists have recently given mice infrared vision, which is basically the ability to see in the dark, BGR reported.

In a study published in the journal Cell, researchers from the United States and China injected the critters’ eyes with specially designed nanoparticles that allow them to see near-infrared light – a wavelength of light that is invisible to humans but that can be felt as heat.

The particles stick to the photoreceptors in the mice’s eyes, converting the near-infrared light into a greenish visible light.

To make sure the particles were effective, the research team conducted an experiment using two connected boxes – a dark box and a box bathed in infrared light.

Because they love the shadows, the superpowered animals went after the dark box, but their normal counterparts didn’t care – because they couldn’t see the light.

The positive takeaway from this study was that the nanoparticles didn’t cause any problems for the mice’s vision and didn’t affect their daylight vision either.

Scientists believe that soon this technology can be applied to humans – in due time.

“We believe this technology will also work in human eyes, not only for generating supervision but also for therapeutic solutions in human red color vision deficits,”said co-author Tian Xue.